Jeremiah hears God telling people to settle down, contribute their own sweat equity towards establishing of a healthy community, and be nice to the Babylonians. His actual words are, “Seek the welfare of the city.” God is speaking to his people. The same people who have just lost their home, seen their house of worship burned to the ground and their beautiful city invaded by the Babylonians. They have been rounded up like cattle and marched across the desert to Babylon. They are weary and resentful. They want to escape. They want to lash out and sabotage the plans of their captors. They have no spirit to be spiritual. They have no heart to be kind. As we saw in last week’s Psalm 137, they have hung up their harps and refuse to sing the songs that their tormentors ask for.  Being nice, doesn’t make any sense.

God is clear. When you are struck, you turn the other cheek. When you are made to do work that should really be done by others, go the extra mile, and when you find yourself imprisoned in a bad place, seek the welfare of the people around you. Jeremiah's letter to us says, “Build houses, plant gardens, and have a family… seek the welfare of the city.”

I first encountered this scripture a quarter century ago. In city after city, the famous first churches of my denomination were failing and falling into disrepair. Most American cities were wrestling with urban blight. People who could afford it were moving out to the suburbs. People with wealth were worshiping out there, leaving the city bereft. Many congregations pulled up stakes and build new church buildings in the suburbs. But there was a powerful movement of the Holy Spirit going in the opposite direction. Several organizations were formed by the church leaders that stayed and they found that if they worked together, God would bring them revival and new ways to be fruitfully engaged in mission. Their watchword became, Jeremiah 29:7 “Seek the Welfare of the city.”

A thousand years before God’s people were taken into exile in Babylon, there was a similar event on a much smaller scale. Joseph was sold into slavery in Egypt. God’s spirit was with him and he learned to seek the welfare of the people around him in prison. Where he could have been resentful, he turned his attention to being constructive.  Life is unfair. Each time it is unfair we are given a choice, to seek the welfare of those around us and maintain our compassionate stance in the world, or turn inward and choose bitterness and resentment. Because Joseph sought the welfare of the city, he became prosperous and was able to save his family from the coming famine. 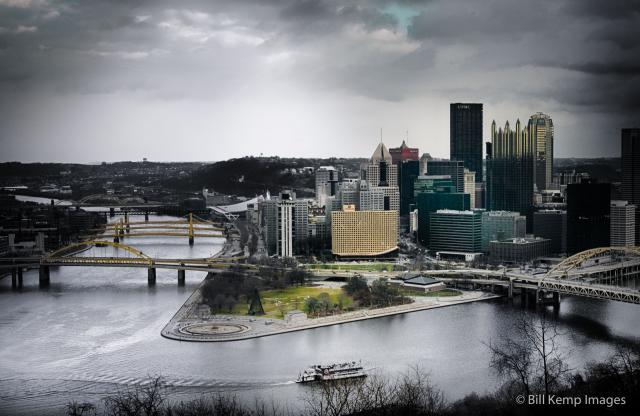