Jesus tells a number of parables of reversal — that is stories where the expected winner, loses. There is the farmer who has a bumper crop and tears down his barns in order to build new ones. Surprise! His name appears in tomorrow’s obituary (Luke 12:16-21). There are seeds that do well when first sown and then fail when the noon day sun burns down on them (Mark 4:3-8). And then there is the story of a good man, a Pharisee, who goes up to pray, knowing that his religion is pure, his doctrine true, and that he ain’t unclean like the LBGTQ person whom the preacher is telling him to accept. Wait. That last part isn’t in the Bible is it? Well, look at Luke 18:9-14 and tell me how it is not.

In matters of religion, we should expect reversals. Those who start out well, don’t always end well. Getting into heaven is not a matter of joining the right church or developing the right theology or holding on to traditional values, whatever those might be. Jesus tells us of a tax collector and a Pharisee who are praying at the same moment in the same church. In the context of the time, the traditionalist religious leaders could tell you a dozen reasons why the tax collector wasn’t making into heaven and shouldn’t be given a place in the church. Today, some of our best members work for the IRS. Only a generation ago, many good, Bible believing churches wouldn’t accept a person of color into their membership. Segregation, both here and in South Africa, was supported by serious Christians who had been taught to read the scriptures in a half-assed way. If today, you want to argue that LGBTQ people shouldn’t be accepted in the church because of scripture. Good. You bring your Bible and I’ll bring mine and we’ll sit down and reason together in mutual respect and with prayerful dependence upon the Holy Spirit to help us determine what the word is for us today. But, if your main argument is that certain lifestyles go against respected traditions that happened to have benefited you, then be prepared for Jesus to tell you one of his parables of reversal. The first shall be last, the last shall be seen by God and elevated.

Jesus says that success in religion is a matter of contrition. There is one lesson here that you need to listen to, that no matter where you have come by faith, you are still no different than anyone else. The Pharisee in Luke’s 18th chapter, believes that he is better than other people. He says, in effect, because I am an upstanding member of this church, I am better than people who steal, cheat on their spouses, or collaborate with foreigners. He may have been born into this privileged position. Those who like myself, are white, middle class, heterosexual males, usually think we earned the opportunities, which in fact, we have received. But each of the people the Pharisee looks down upon, as well as, each of the people I inadvertently look down upon, came to their particular position in life by the same mixture of luck, good or bad advice, and personal effort, that brought me to where I am. The more you take the time to understand other people, the more you come to the realization that you are no different than anyone else.

Of course it could be that the Pharisee stands in church and makes his boastful prayer precisely because he was once a sinner and now, because he has been saved, knows that it is wrong to be a thief, an adulterer, a drunk, or a person who identifies as LBGTQ. Good. Jesus says, “by their fruit you shall know them.” (Matthew 7:16) The fruit that Jesus looks for in our lives is compassion. I understand how repenting from stealing, drinking, being unfaithful to one’s partner, can lead the Christian to live a more fruitful and compassionate life. I have yet to meet one person who can say that denying their natural sexual orientation or gender identity has made them a more loving person. The apostle Paul reminds us that we are all sinners saved by grace. That grace should reinforce the lesson that, yes, you are like other people. 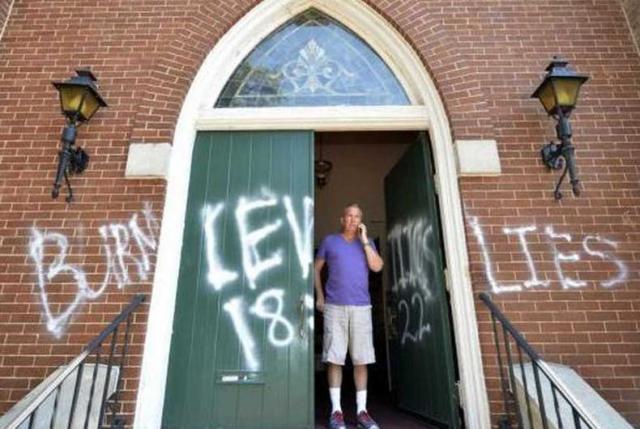