Deprecated function: Array and string offset access syntax with curly braces is deprecated in include_once() (line 20 of /home/ezmpkoktxhha/public_html/billkemp.info/includes/file.phar.inc).
×
Philemon 1
Matthew 19:19
“You shall love your neighbor as yourself” -Matthew 19:19

What Jesus says about slavery is very clear: “You shall love your neighbor as yourself” (Matthew 19:19). If I had to boil everything Jesus says about Christian living down to one line, it would be that we must wake up every day prepared to love the people in our sphere of influence (our neighbors) as ourselves. If I was to put myself into a dependent state to alcohol, or a sexual perversion, or to another person, I would not be loving myself. How could anyone conceive of putting our nearest neighbors (those who work in our homes or in our fields) into a dependent state, as a loving act? I cannot love someone, and deny them their freedom, without there being some extenuating circumstance, such as that person being a child, mentally ill, or convicted of a crime. And yet, people calling themselves Christians have often held slaves.

Today we see “good” church-going people supporting systems that lead to human bondage. Often, undocumented immigrants are held as slaves, that is not permitted to decide their own future or leave a certain location, or paid fairly for their labor, whether it be at a farm, a chicken processing plant, as landscapers or maids, or in a sex trafficking ring. I think Jesus would call us to first love the victims, no matter how they fell into slavery, as ourselves. Second, we should stop thinking of slavery as a distant crime, happening in Yemen or back in the 1800s. Slavery still shapes our neighborhoods, workplaces, and schools. Until recently, the banking and real-estate system of our country prevented people of color from owning certain homes, thus denying these families the opportunity to build equity. Segregation is a denial of freedom and unloving. Third, we should realize that this issue is not partisan or political, but rather theological and moral. It needs to be discussed in church.

When Christians choose to be unloving towards someone else, they often justify it by saying that their neighbor doesn’t qualify as a full human being. The Bible declares every person to be in God’s image (Genesis 1:27). In the early days of our American democracy, half of the country’s church leaders justified slavery by declaring people of color to be less than human. At the end of 1800s, many pastors declared that women should not be given a vote or allowed financial independence, because Eve was created subservient to Adam.   In the 1930s, most German churches lent their religious imprimatur to the Nazi regime as they enslaved and murdered Jews, gypsies, and homosexuals. Bad theology leads to bad politics.

Most preachers today avoid Paul’s letter to Philemon. Slavery was common in bible times. It was woven into the fabric of the Roman empire where the entire population of any conquered country could be enslaved. The life of any slave could be taken without cause. No slave wanted to be a slave. Slaves could be sent to work in the mines where their lifespan would be measured in months. They could be put in cages and made to fight wild animals for entertainment. They could, if lucky like Onesimus in Paul’s letter, become respected household workers, given administrative oversight over other slaves, or sent out as couriers. Onesimus was not free, nor was he loved by his Christian master. Paul chooses to obey Christ and love this victim of slavery. He then goes one more step and tries to teach Philemon how to love his neighbor, Onesimus as himself. This is a brave and risky move. We don’t know if Philemon chose to learn the lesson that Paul was trying to teach. We don’t know if Onesimus became a free man.

Paul, Jesus, George Washington, and the political leaders of our day, all have one thing in common. They can’t end the enslaving systems of our world by legislation. Nor can we simply by voting one way or another stop human trafficking, the enslavement of undocumented immigrants, or the 101 other form of unloving behavior happening in our society. What we can do as Christians is love our neighbor, even when that love is costly or goes against the expectations of our culture. Further, we can deny those who would enslave our neighbors the high ground. We can tell them that their actions are unchristian.

This is a good link on the subject: https://www.thegospelcoalition.org/article/how-and-why-did-some-christians-defend-slavery/ 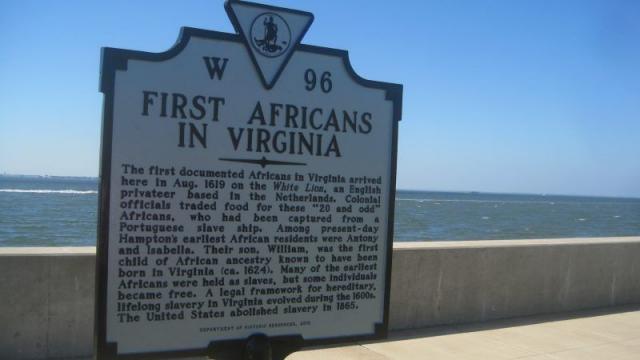