×
Mark 10:46-52
Bartimaeus son of Timaeus, a blind beggar, was sitting by the roadside

We know his name. Bartimaeus, son of Timaeus. His story is short and specific. Jesus is going up to Jerusalem. The next chapter is Palm Sunday (I don't know why the lectionary puts this story in the fall). Just before the story of Bartimaeus, son of Timaeus, Jesus has had to rebuke his disciples because they are getting ahead of things and assigning seats around the banquet table and trying to get Jesus to tell them who is going to be top dog in the Kingdom of God. James and John have asked for thrones beside Jesus in the coming glory. They don't realize that God will put two thieves beside the Lord when he goes to the cross. Then the little story of blind Bartimaeus and his desire to be healed interrupts. Jesus stops there. Ancient Jericho, with its winter palace and date laden palm trees is to his back. Jerusalem with its beautiful temple lies a hard, full-day's climb ahead. And we get to meet Bartimaeus, son of Timaeus.

Jesus does what he always does. He stops. He could have just waved, heal Bartimaeus and the other beggars at a distance, and not wasted time in the cool morning that would be better spent tackling the mountain ahead (18 miles and a 3,325 foot rise). But Jesus calls Bartimaeus, son of Timaeus to himself.  He asks the man what he wants. Bartimaeus says that he wants to see again. On a recent trip to the ophthalmologist I found myself worrying. What would I do if I lost my eyesight? Bartimaeus tells Jesus that he once was able to see, but now he can't. The darkness has stolen Bartimaeus' independence, his livelihood, his appreciation of life's beauty. Jesus wanted to do more than just pity the man. He wanted to meet the man.

Important people often suffer from a disease. The important ends that they are engaged in, steals the meaningfulness of the moments along the way. They write a check to a charity. They don't stop to meet the blind man. They fund political candidates on the right or on the left, or even run for office themselves. And they don't learn how to fold their own laundry, or the price of a gallon of milk, or the dilemma a single mom faces when she leaves her sick kid in daycare so that she can keep the job that she has to take a bus to get to. Jesus would have stopped to learn her name, felt the forehead of the kid, brought some form of healing or peace into that moment, even though it interrupted his journey.

When we think ourselves important we suffer from the same disease. We say, "I've got these goals to accomplish," or "no one else can fill my shoes." I think one of the reasons Jesus died on the cross was so that he could give his job of being the one who stops and listens and brings healing to the Bartimaeus's of this world to us. We all have a hill in front of us. We all have something we think is important to do. That makes us important people. People with a disease.

At least Bartimaeus, son of Timaeus, knew that he was blind. 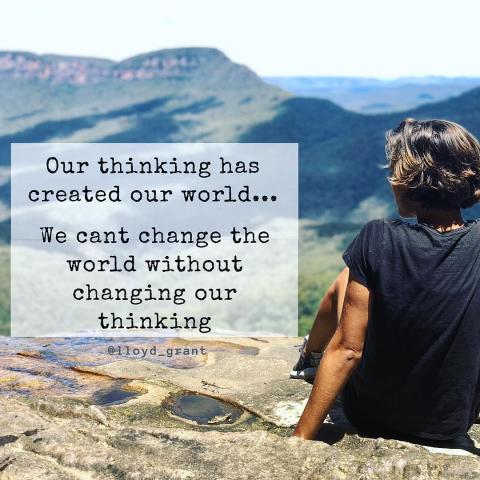