Deprecated function: Array and string offset access syntax with curly braces is deprecated in include_once() (line 20 of /home/ezmpkoktxhha/public_html/billkemp.info/includes/file.phar.inc).
×
I Kings 19:9-18

If we were with Elijah on Mount Sinai, we would look for God to stand between us and the earthquake, wind, and fire. When natural disasters strike, we expect God to stop the hurricane, or at least divert it so that it only hits islands without tourists. We expect the wind not to blow off the roof of the church. We expect wildfires to stay away from our city’s suburban sprawl. In general, we expect God to disrespect nature, like we do. When the Old Testament borrows from the destructive power of nature to describe our God, we find it quaint. We are not willing, as Elijah was, to pray for a drought to come to our land so that our leaders would be humbled (or at least deal with climate change). We are not willing to be driven out into the wilderness and become dependent upon crows for our food supply, as Elijah was. Face it, we don’t cultivate in ourselves the God-awareness that we see in the people of the Bible.

On our best days, we look for God in the earthquake, wind, and fire. They say that there are no atheists in fox holes. Crisis Christians are common. On more ordinary days, we don’t look for God at all. This is why having Elijah go out to meet God in the soft, "sound of silence" is such an intriguing story. It shows the wisdom that comes from life-long spiritual formation. Today, I find myself disillusioned by the dumbing down of adult Christian Education. When will we lead our people to crave the meatier things of the Spirit?

Where is God? In the silent places. He is there along side all who suffer. When an earthquake, hurricane, or mass shooting takes place, he is in the hearts of the rescue workers and the selfless actions of neighbors who forsake their own concerns to minister to those in need. God is in the outreach and generosity of people giving sacrificially. He is silence of the counselors and the soft words of those who preach the funeral services.

God is the God of the still small voice. One has to remember how Jesus surrendered himself to die on the cross. He could have called down earthquake, wind, and fire upon those where condemning him. He could have overpowered the rulers of city and made all bow to him. God was in the garden when Jesus prayed, “Not my will but thine”  God was also at the resurrection. That wasn’t a noisy affair.  The guards went back and told their commander that they slept through it. God was in the quiet coming of the women, Peter, and John, to the tomb and the revelation of Easter.

One of the things that we must do to align ourselves with the still small voice is allow time in our lives for prayer and solitude with God. The hebrew word that NIV translates as “gentle whisper”  is actually, in the words of that great Bible scholar Paul Simon,  “The sound of silence.” After the earthquake, wind, and fire, Elijah heard the sound of silence.  How does one hear the sound of silence? Its like that Zen Koan - “What is the sound of one hand clapping” It can also be translated as the sound of emptiness or nothingness... I believe that God is to be found in the rest-notes of our life’s music.

Perhaps that is the best way to describe the process of discernment and spiritual formation. We need to learn Elijah’s wisdom and look for God in the silence of our existence.

It is easy in the world to live after the worlds opinion;

It is easy in solitude to live after your own opinion;

but the great man is he who in the midst of the crowd,

keeps with perfect sweetness the independence of solitude. 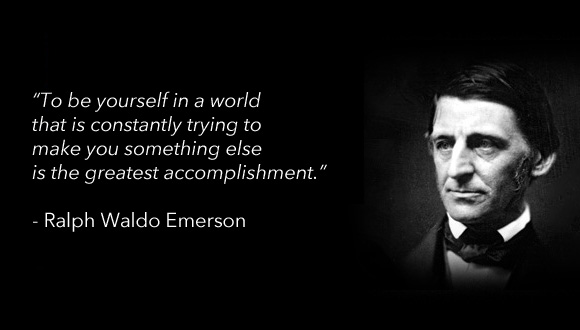