Deprecated function: Array and string offset access syntax with curly braces is deprecated in include_once() (line 20 of /home/ezmpkoktxhha/public_html/billkemp.info/includes/file.phar.inc).
×
Acts 9:1-6
"I am Jesus, whom you are persecuting." - The voice Saul of Tarsus heard.

In the familiar story of the conversion of Saint Paul (Acts 9:1-6), GOD SPEAKS IN CAPITAL LETTERS. He speaks to Saul, and then to Ananias. In each case what He says is clear, unambiguous, and reverses the strongly held opinions of the hearer. Most Sundays, this is not the case. I had to go way back to my youth to remember a time when God spoke in capital letters to me:

It was the winter of 1976 and I was attending the University of Maine and active in the ecumenical campus ministry. At the weekly fellowship meeting, I found out that the board had approved allowing the gay student association to use the building for its gatherings. I was incensed. I went to my car in the parking lot and prayed for guidance. Looking up from the dashboard, I saw that the car ahead of mine had a personalized license plate. It said: TREAD. I took this to mean that I should boldly tread into the next board meeting and tell them the word of God.

Before doing this, I went to see my pastor. Dick Arnold was a wise, elderly, minister in Bangor, Maine. He listen to my concerns about the gays dancing in the student ministry A-frame. Then he told me his understanding of what Church is. He said, “A church is like a green house. Different plants growing under the same roof. If you go into ministry, you’ll have to learn how to give each plant what it needs.”  At the time, I thought this a terrible non-sequitur.

Now, I realize that God was speaking through Dick with capital letters. It would be decades before I incorporated his simple philosophy into my own calling as a clergy person. Perhaps the license plate was God’s way of sending me to Dick so that I could hear this wisdom.

As to giving the board of the campus ministry the WORD OF GOD, I never did. It was two decades before I did a serious search of the scriptures — there are only a handful that deal with gays, none of them from the mouth of Jesus, and all of which, when read in context, are really about human lawlessness rather than a specific condemnation of gays. I weighed these few easily misinterpreted passages against the pervasive and loving tone of the gospels. Was I really to believe that God's word stood in opposition to the varieties of sexual orientation that He had wired into humankind? I found that when I prayed about it, God has no word of judgement against LBGT people. God’s capital letter messages, are reserved for calls to show his love to all.

Go back now, and read the messages given to Paul and Ananias. Are they not calls to inclusion? Doesn’t each person have to reverse their prejudice in order to tread where God wants them to tread? 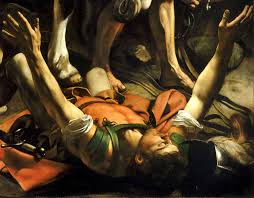