Psalm 30 asks The Question, bluntly. If God has made us in his image (Genesis 1:27) and we experience our relationship with God as an interaction of respected individuals, then how would it benefit God to simply let us die? The whole of the Bible, and particularly Psalm 30, describes the human condition as a series of strange, beautiful, and often painful events, which only receive meaning when we gain spiritual eyes. When we are able to see, we look back on each moment of trouble and see how it connected us on a personal level with God. Life is a tale told by an idiot, unless God whispers into our ear the translation of each word.

So in verse 1, David is suffering exile, defeat, and humiliation. The only thing that allows this wilderness to have meaning is the fact that God hears and lifts this measly struggling individual out of the muck. In verse 2, David is sick and God doesn’t just mumble a prayer for all who are on beds of affliction. God, in a specific action, heals David. In verse 5, David has done something that offends this friend. Like any tiff between two closely related persons, there is a period of disfavor. David is sleeping in the spiritual dog house. But in the next morning, all is forgiven. David sings, “His anger lasts only a moment, but his favor lasts a lifetime.” Not every depressing event is solved by a miracle, but every downturn of life is given its meaning by the way it builds David’s on going relationship with God.

This simple fact, that God has initiated a personal relationship with each of us, enables David to talk about the resurrection. He says it directly in verse three; “You, Lord, brought me up from the realm of the dead...” (The use of ‘Sheol’ in the parallel next line makes it obvious that he wasn’t speaking figuratively.) I am intrigued, though, by the gutsy-ness of the question in verse. If God has worked so hard to relate to us one on one, what’s in it for him if we die after 70 or 80 years? (verse 9).

This, to me, has always been the most powerful argument for the resurrection. During his life, Jesus, not only convinced Peter, John, Martha, Mary, and others, of his divinity; he also convinced them of his friendship and loyalty. It may have been one thing for him to die at thirty-three, but what’s in it for him if all of his friends die too? 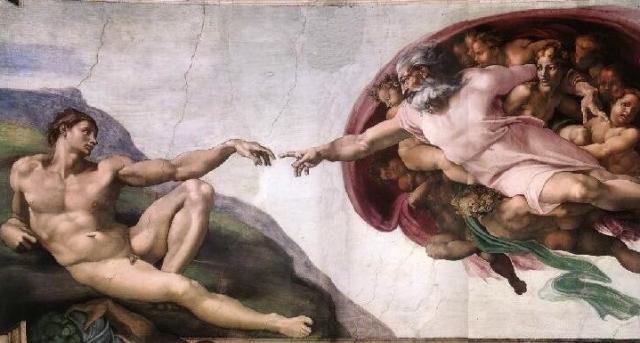