There is a common proverb that goes, “You better be careful what you ask for; because you just might get it.” This is true in politics, parenting, and in our prayers. I’ve come to believe that more people are impoverished by their wishes than by their misfortunes. We think we know what we want — we are all a bit like King Midas who wished to have everything he touched turn to gold, until he touched his daughter. We want wealth. (Play the lottery, anyone?) God wants us to have inner peace, the satisfaction of work done well, and relationships that don’t depend upon extravagant gift giving. We want to teach our kids the value of money, so we give them an allowance. They go out and compare it with what their friends are getting, and think better or worse of us. So in the end, we have taught them to value us only for our money.

Instead of the value of money, we should be teaching them the value of community, shared labor, and the unconditional nature of family love. The things we need to learn, are exactly the things we need to teach to our kids. When we pray, we ask God to give us our daily bread, so that we can break it and share it in love, rather than being led by our temptations to hoard it or be greedy. Be careful what you ask for.

Wise old Samuel said, “This is what a King will do to you…” (I Samuel 8:4-20) and then he talked about taxes. He talked about how kings take our children and force them to be soldiers. He talked about how kings are in the business of listening to corporations and wealthy donors, no matter which party they represent. Kings pretend to care about our interests, but what they really want to do is create a class of people who are above the law and free from any accountability.

The real law of politics, parenting, and prayer, is the law of unintended consequences. We must learn as parents to give ourselves to our kids along with our money. We must learn as citizens to watch our elected officials closely and hold them to a higher moral standard. And we must learn as people who pray, to say, “Thy will be done, not ours…”, hoping in all this, to learn what God wants to teach us in the life he has given us. 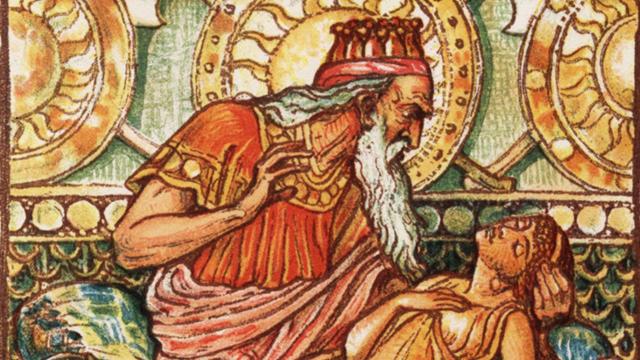