×
Genesis 32:22-31
Jacob was left alone; and a man wrestled with him until daybreak.

Back in 1942, a platoon of Marines in basic training was practicing a night patrol down in Louisiana. They unexpectedly come up to this river. There’s a was captain, a sergeant, and about two dozen grunts. And the sergeant takes out his map to see how they all got lost. But, the captain says, “I know this river. We cross it here.” So soon, they were all knee-deep in the Big Muddy. It was dark, the men grumbled, and no one could see to the other side. So, the sergeant whispers, “Are you sure?” The captain says, “Don’t be a nervous Nelly. Push on.” A few yards further, they were all waist-deep in the Big Muddy. The men are begging to go back. The captain says to push on. They go a little further and the sergeant notes how strong the current is and how the men have heavy backpacks. They’ve been out all night and are exhausted. But the captain says to push on. Next, they are neck-deep in the Big Muddy and the moon goes behind a cloud. The sergeant can barely see the captain ahead of them pushing on. Then there is a gurgling sound and the captain is no more. Just an empty helmet floating by. Two bars on it.

It is now 2020, and this summer I feel as though we are all about waist-deep in the big muddy. We have this COVID thing going on for six months now. Over 140,000 deaths. We have 30 million people unemployed. We have protestors in the streets. Moms lining up and getting tear-gassed. Dads coming to their aid with leaf blowers to blow the tear gas back. It seems like the whole country is waist-deep in the Big Muddy.

I don’t know if this happens every forty years or so, but I was a teen in 1968 when a folk singer named Pete Seeger came on the Smother’s Brothers (my favorite show) and sang a song about a platoon of Marines crossing the Big Muddy by the light of the silvery moon. At that time, we were waist-deep in the Viet Nam War. There were protestors in the street. Martin Luther King and Bobby Kennedy had been shot. And Richard Nixon was running for president with a campaign promise of providing “Law and Order.” Waist Deep in the Big Muddy became one of the popular songs of the time. I say this now because people who claim to be great leaders aren’t always right.

You may be wondering what all this has to do with Jacob. In chapter 32, we find Jacob waist-deep in the Big Muddy. Now it doesn’t say this, but I think Jacob is afraid. We tend to make Bible people into heroes. It’s dark. The river Jordan is deep and wide. He has good reason to be afraid. I want to stop right there and say what is obvious. Sometimes fear is the appropriate emotion. We expect the Bible to tell us on every page not to be afraid. But, it doesn’t. I think it is important in life, to learn that some situations require wisdom and others require courage. But if we plunge into the situations that require wisdom with false bravado, with recklessness, with wishful thinking, then we will perish.

Jacob learns about faith the tough way. He gets into one scrape after another. Some of them are his own fault. God sees him through. But I think God also wants Jacob to learn to how to live compassionately. How to live with wisdom.

While Jacob is waist-deep in the Big Muddy, a man, or an angel, or a demon, or God, comes and wrestles with him. Jacob escapes in the morning. But the thing he wrestled with has put his hip out of joint. He leaves the river limping. Some lessons are learned hard. He limps for the rest of his life.

I think we are in one of those times when wisdom is more important than false courage. We need to wear masks and learn how to social distance. Yet some people mock us. They say, where is your faith? My faith is in a God who has given some people the wisdom to be scientists and doctors. Others have entered into leadership positions to guide our society to be more just and equitable. Courage is still needed but in the right places. Healthcare workers and those who work to keep us safe. Those who protest peacefully, need courage to keep doing what is needed to change our world for the better. 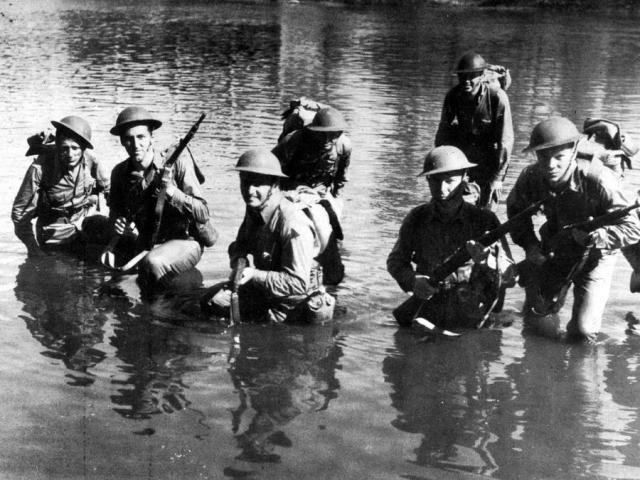