Deprecated function: Array and string offset access syntax with curly braces is deprecated in include_once() (line 20 of /home/ezmpkoktxhha/public_html/billkemp.info/includes/file.phar.inc).
×
Ephesians 4:1-16
We must no longer be children, tossed to and fro and blown about by every wind of doctrine, by people's trickery, by their craftiness...

It’s helpful to imagine Paul in a prison cell as he writes the book of Ephesians, particularly chapter 4. To be imprisoned is to be divided off from humanity. So, Paul speaks about unity and provides a vision of what brings us together. He says that God considers us all to be one and that when we accept the Christian faith we all have the same baptism, even though some are sprinkled as infants and others dunked under the cold, muddy, waters of the Penobscot River. We are one, in spite of whatever wind of doctrine fills our sails. We are one, no matter what work fills our days, or what economic fortunes have befallen us. We remain united even though deceitful men have imprisoned some of us, have taken property from some, allowed others to be unjustly gunned down. We remain one people in Jesus Christ, even though racism roams our land and those who think themselves white use their political rhetoric to divide us.

Hear how relevant Pauls words from prison are to today’s American landscape:

We must no longer be children, tossed to and fro and blown about by every wind of doctrine, by people's trickery, by their craftiness in deceitful scheming. But speaking the truth in love, we must grow up in every way into him who is the head, into Christ, from whom the whole body, joined and knit together by every ligament with which it is equipped, as each part is working properly, promotes the body's growth in building itself up in love. (Ephesians 4:14-16)

Careful now, I think Paul is talking about something more basic than going left verses going right. There is something more central, more at the core, than our political positions or our theological doctrines. What informs and unifies all of us, is our worldview and our God-given sense of moral conscience. Paul in his prison cell closes his eyes and sees clearly our creator God forming this planet and calling it good. He sees God peopling every land with human beings made of the same flesh and endowed with the same sacred value. A mother separated from her child, for instance, feels the same pain and deserves the same justice whether she is fighting for custody in family court in Pennsylvania or for the child she has carried in her arms from Guatemala to Arizonian to escape gang violence. Again, I am not talking about conservative verses liberal, both political positions are equally subject to the doctrines of deceitful men. I am talking about the worldview that sees all people united by the love of God in Jesus Christ.

Paul sees God gifting each human being with a unique calling from God. To become who God wants us to become, we from time to time have to speak the “truth in love” (verse 15) to those who put barriers in the way of our calling. In many places around our globe, even in this modern age, if you are born with darker skin, or a woman, or a member of a despised religious tradition, you may have to speak your truth more shrilly, more insistently, and even put yourself at risk of imprisonment. We all, though, find it hard to say what God has put in your heart to say.

Paul may be the only person in that jail that got there honestly. Paul knows that he has broken the law. He knows that he has offended the establishment and spoken something at odds with what the majority believes. He is in jail and will in time be martyred for speaking the truth about God’s love. He has obeyed his call, all the way to the jail cell. What about the woman whose calling from God was to carry her child from Guatemala to Arizona? It may seem, to those easily offended, that I have again meddled in political things. Look at the keywords Paul uses in this passage and the rest of Ephesians: humility, gentleness, patience, unity, truth, Spirit, and the high concept of God caring for all of humanity. Is it possible that many Christians have been blown into a false worldview by men who seek to hide the fact that their nature incorporates none of these things? If we continue to stand with such deceived ones, haven’t our cherished conservative doctrines become immoral? 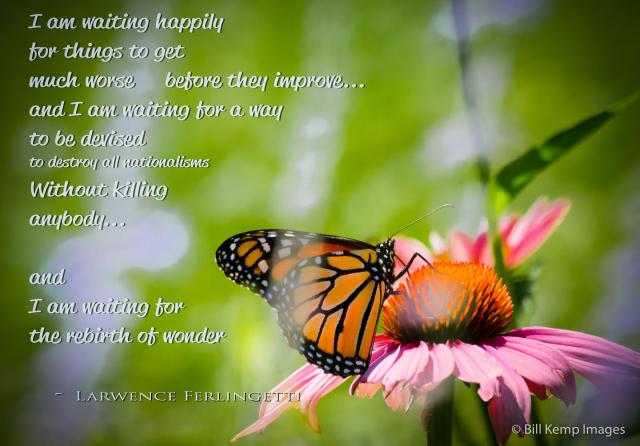