Sunday, June 7th is Trinity Sunday. Many Christians will be turning their attention to one of the few Triune Bible passages. In Matthew 28:19, Jesus tells his people to go out to the ends of the earth and make disciples in every place, baptizing them in the name of the Father, Son, and Holy Spirit. The historic thing about that passage isn’t the use of the trinitarian formula for baptism. It’s that the whole world was to be baptized into Christianity. Religion at the time was mostly a local affair. Oh yes, tourists visiting a cultic center like Ephesus, might be invited to light a sprig of incense and place it on the altar of the hometown god. Perhaps they could help the local economy by buying an Artemis action figure. But no one expected religion to change the world. Armies normally did that, not disciples.

One of my Facebook friends complained about how everyone was using the phrase “the new normal.” I don’t know what better phrase to use to describe what we are currently living through. When the pandemic is over, we won’t go back to the way things were before. Even if we return to our same jobs, we will do them differently. The same was true for Jesus’ followers. The fishermen didn’t go back to their boats. Levi the tax collector didn’t go back to his table. I doubt that Lydia ran her purple clothing business the same after Paul baptized her into discipleship. The generation of people who knew Jesus, hit the road and made disciples of the world. They left their old normal lives behind, because the moment they are living through was historic.

Seventy-five years ago, the first atomic bomb was detonated at a site Robert Oppenheimer dubbed Trinity. Oppenheimer explained the new normal of the nuclear age by quoting a Christian poem, “Batter my heart, three-person’d God… o'erthrow me and bend your force to break, blow, burn, and make me new.” (John Dunne, 1612). Einstein agreed, saying that with such destructive power everything has changed except our way of thinking. Almost without exception, the scientists working on the project felt the historic weight of that moment. They couldn’t simply return to their pre-trinity lives.

If you are less than seventy-five years old, then all you know is the new normal. Consider what the first Christians did with the seventy-five years that followed their trinity. They considered their faith to be a novel virus and spread the contagion throughout their world, from the Rock of Gibraltar in the West to the Malabar coast of India. They baptized both men and women into a new egalitarian society, where the poor were considered blessed, and no one excluded because of their race or country of origin. What was historic about early Christianity was not the numbers they won to the faith, but the way this new faith changed the everyday life of its followers.

We don’t know what will come of our current historic moment. The old normal is dying, wounded by injustice and inequity, as well as by a pandemic that does not respect national borders or economic plans. As with the two trinities mentioned above, the world will be transformed.

With this in mind, the whole of John Donne’s poem is worth praying:

Batter my heart, three-person'd God, for you

As yet but knock, breathe, shine, and seek to mend;

That I may rise and stand, o'erthrow me, and bend

Your force to break, blow, burn, and make me new.

Labor to admit you, but oh, to no end;

Reason, your viceroy in me, me should defend,

But is captiv'd, and proves weak or untrue.

Yet dearly I love you, and would be lov'd fain,

But am betroth'd unto your enemy;

Divorce me, untie or break that knot again,

Take me to you, imprison me, for I,

Except you enthrall me, never shall be free,

Nor ever chaste, except you ravish me. 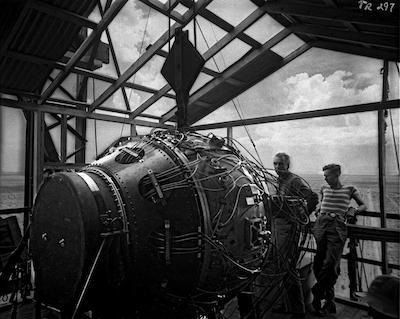