There is an interesting debate going on these days about whether American public schools can teach values without accidentally or illegally teaching religion. I no longer have a personal stake in that fight, but I do have an opinion about its opposite. I believe that you can’t teach my religion without speaking about values. The story about Naboth’s Vineyard (I Kings 21:1-19) is a good place to climb out on a limb and question the ethical values church goers are cultivating and displaying in today’s world.

The story begins with the wicked King Ahab wanting to buy the land that Naboth’s family had passed down from father to son, since the time of Joshua. In biblical times, holding onto inherited land was a sacred trust and a subset of family values. Even though you may be poor, living on and cultivating the same parcel of ground for generations fostered a sense of rootedness and simplicity of life. One thinks of the small family farms that are disappearing from our landscape. What values do we possess in today’s world that are similar?

I suspect that one of the reasons this story made it into the canon was because first Babylonian, then Persian, Greek, and finally Roman ideals, were loosening family values for the Jewish people after 586 BCE. The first people to hear this text read as scripture were Jewish exiles in Babylon. Imagine the sympathy they felt for Naboth. Here they long to return to the simple life where families inherited their fields from their kindred. Like them, most of us won’t be returning Monday morning to a world that has the sacredness of the land as a component of family values. In our world, imminent domain takes homes away from families to build interstates and casinos. In Pittsburgh, my home town, the Hill District was once a vital neighborhood. Then urban planners, the King Ahabs of the 1960‘s, pillaged the land to build a Civic Arena. We have little reason to trust that our current city leaders, with their high stakes sports and gambling values, are any more principled.

Speaking of principles, another value in the story is demonstrated by Queen Jezebel. Her actions seem to say, “My highest value is my marriage. I will do whatever it takes to make my husband happy.” Just as we need to recognize that the way we define ‘family values’ has shifted over time, so also, there are limits to what we should do for love. Enabling Ahab’s greed is not an ethical action on her part. It is common for kings and queens to abuse their power and this story provides plenty of handles to discuss how far Christians should go in support of the state.

Something not mentioned in the text, is that Naboth’s home town of Jezreel is a fortified place commanding a strategic valley. Perhaps, the reason the vineyard is valued by Ahab is because of usefulness in housing the chariots he is gathering to play with in the spring, when kings go out to war. Naboth may be another of the multitude of martyrs who have inadvertently stepped out in the path of the military industrial complex. What values do we need to cultivate in today’s materialist and security oriented world? 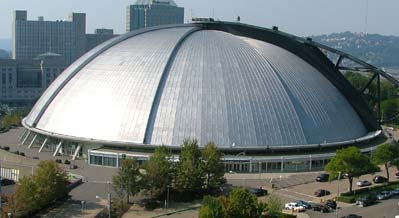