I’m willing to bet that you weren’t born alone. When you came into this world, there was at least one other person in the room. None of us gets born alone. Your birth was work for your mother, that’s why we call it labor. You merely allowed yourself to be pushed. All of this doubly applies to our spiritual birth. God labors to bring us to new life. This may be why Jesus speaks about being born again, instead of using an eastern turn of phrase like, coming to enlightenment.

We often forget this mystery when speak about faith. Some people make a memorial out of the moment they came to believe. They remember the evangelists, music, scriptures, teachers, and books that influenced them. In all these little details, it is easy to forget the wind of God incompressible spirit. It blows where it wills without any dependence upon human communicators. We were not saved by being in that particular church on the night so and so spoke. We are saved by God, who in His prevenient grace stacks the dominoes so that they all fall in the right sequence for us and we get pushed into new life.

Consider Nicodemus. This man had become so thoroughly enmeshed in the brotherhood of the Pharisees that his thoughts rarely returned to the singular relationship he had with God. Ask him about his faith and he will speak for hours about his teachers and the respected elders of his religious order. Jesus silences him with one phrase, “You must be born again.”

This is not a command, but a statement of fact. Nicodemus isn’t being told to adopt a new set of beliefs. Instead, he is being called to return to the place where the only other person in the room is God. There is a purity and mystery to John 3:1-17. It deserves its place as one of the most quoted passages of the Bible.

Our tendency to speak of rebirth as a once in a lifetime decision, however, obfuscates this simple idea. In every spiritual transformation, God does the birthing. Whenever we need it, God will do it again. 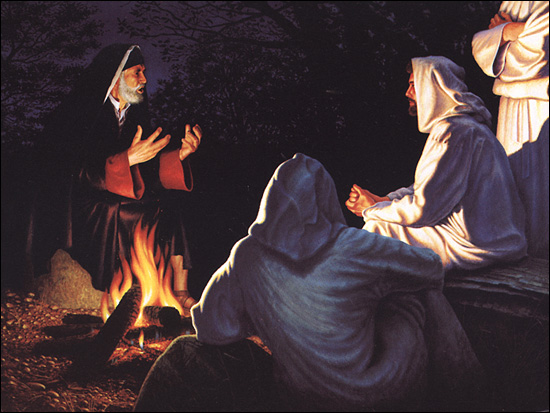