Elijah on Sinai gets earthquake, wind, and fire. Sounds like the Weather Channel this spring. The prophet doesn’t find God on the Weather Channel, but in the soft, "sound of silence" that follows. It's like looking for the holy in the static that used to exist between the channels of our pre-HD TVs. We all tend to look for God is the traumatic. We expect God to do a miracle and prevent the Tsunami from hitting Japan. We expect the tornado to blow around the good churches of Oklahoma. We expect the fires to skip over the worshiping families of California and Colorado. God is not in the earthquake, wind, or fire.

Natural events, like terrifying illnesses, are not where God is as a direct cause (James 1:13-17). They are the random occurrences that mark our world’s fallen nature. They happen to good people, as well as, to the bad. They remind us of the heavenly debate that begins the book of Job. If God puts a hedge around his people and lets no fire or flood hurt them, then people will have faith for the wrong reason.

Where is God? In the silent places. He is there along side the victims in their suffering and death. He is in the hearts of the rescue workers and the selfless actions of neighbors who forsake their own concerns to minister to those in need. God is in the outreach and generosity of people giving sacrificially. He is silence of the counselors and the soft words of those who preach the funeral services.

God is the God of the still small voice. One has to remember how Jesus surrendered himself to die on the cross. He could have called down earthquake, wind, and fire upon those where condemning him. He could have overpowered the rulers of city and made all bow to him. God was in the garden when Jesus prayed, “Not my will but thine”  God was also at the resurrection. That wasn’t a noisy affair.  The guards went back and told their commander that they slept through it. God was in the quiet coming of the women, Peter, and John, to the tomb and the revelation that they experienced there while the city slept.

One of the things that we must do to align ourselves with the still small voice is allow time in our lives for prayer and solitude with God. The hebrew word that NIV translates as “gentle whisper”  is actually, in the words of that great Bible scholar Paul Simon,  “The sound of silence.” After the earthquake, wind, and fire, Elijah heard the sound of silence.  How does one hear the sound of silence? Its like that Zen Koan - “What is the sound of one hand clapping” It can also be translated as the sound of emptiness or nothingness... I believe that God is to be found in the rest-notes of our life’s music.

Perhaps that is the best way to describe the process of discernment and spiritual formation. We need to learn Elijah’s wisdom and look for God in the silence of our existence.

It is easy in the world to live after the worlds opinion;

It is easy in solitude to live after your own opinion;

but the great man is he who in the midst of the crowd,

keeps with perfect sweetness the independence of solitude. 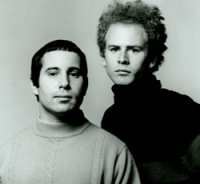