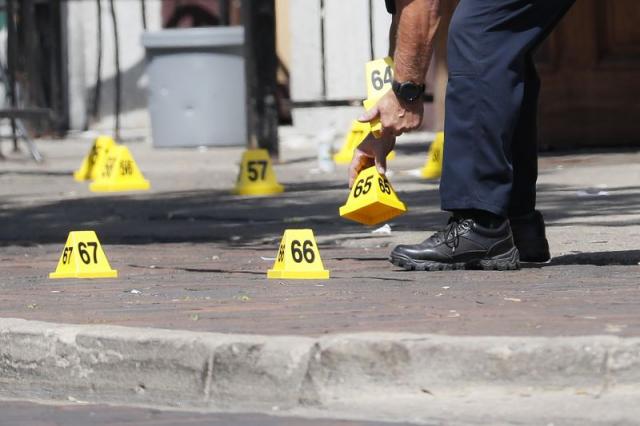 Last Sunday, I heard a pastor proclaim that the rise in mass shootings is directly related to our loss of religious values in America. Well, yes and no. If by a loss of religion you mean the failure of many Christians to demonstrate their faith by the breadth of their compassion, well yes. The best of religion in America calls for us to appreciate diversity, be concerned for the refugee, provide timely healthcare for the mentally ill, feed the needy, and seek systemic solutions to homelessness, urban blight, rural unemployment, and the opioid crisis. No, I do not think bringing prayer back to school, ending abortion and gay marriage, or arming religious leaders, will stop the next mass shooting. Simplistic solutions rarely shift a culture away from violence once it gets headed down that path.

I remember a time when the only people who sought to own unregistered guns -- particularly assault rifles, modified shotguns, and those using “cop-killer” ammunition – were revolutionary extremists. There have always been factions who camped out in remote places like Waco, back-woods Utah, and Jonestown, who wanted guns to protect their extremist ideology. They were the fringe, until recently. We all saw them as anti-government and anti-American. Now, they have a seat at the table. They whisper into the ear of our president. They have purchased lock, stock, and barrel, a controlling majority of the Senate.

A person may be sane and un-radicalized when they purchase an assault rifle. Video games such as “Call of Duty” may make it look fun, but they don’t cause people to be violent. That requires bad thinking, usually a combination of extremist rhetoric and weakened cognition. Good people can fall into bad ideology. Mental illness can arrive at any point in our lives. A person may lose their job to automation or a shift in the market (it happens to everyone today). Someone gives them a convenient answer. “Them -- fill in the blank -- are to blame.” Depression, bigotry, racism, religious extremism, etc., are key stepping stones to the sociopathic illness where other people are no longer seen as having lives worth living. Let’s not arm sociopaths.

Two things need to be done to lower our chances having a gun-totting sociopath come to our town. First the culture must shift again so that what is considered normal and mainstream in America is compassion for the poor, acceptance of the refugee and immigrant, and an appreciation for diversity. We must send those that would divide us back to the fringe. Second, we must vote, and when needed, protest against those who permit foreign trolls and partisan gerrymandering to mess with our elections. I say vote out of office every politician who blocks sensible gun legislation. It won’t matter what they’ve done for us in the past, or what party they belong to, if they get you shot.