Jesus has a way of telling stories that no one wants to hear. He is like that sister-in-law at the family reunion who gathers the young teens and tells them how their grandfather drank his way into an early grave. In Luke 4:21-30, Jesus is in the pulpit at Capernaum, and he goes reaching for an illustration to help him make his point. He reaches back to the Old Testament and tells about the great prophet, Elijah, once took shelter in the home of Syrian widow. Elijiah was a refugee and the Syrian people, including this defenseless widow with her orphan son, took him in. Now, stand in the pulpit of your church and tell the same story.

Elijah was following God's orders and, as Jesus points out, he walks by the homes of hundreds of normal people, in order to cross the border illegally and become a beggar, feeding off of the charity of the Syrian people. Now anyone who thinks that Jesus didn't mean to make people angry by pointing out their racism and nationalist-zenophobia, doesn't know Jesus. Jesus could have chosen a story that didn't involve people putting aside their prejudices -- perhaps a safe story like the one about the good Samaritan.  No, Jesus talks about God's holy man being dependent upon a Syrian. Perahps Jesus didn't have forsight to know that two thousand years later Syrian people would be begging to cross a borders and be taken in during their time of need. Perhaps, Jesus' words were only meant for the people of his time. There are pretend holy men today, who need to say that in order to preach this passage.

We have to note that Jesus was indeed taking an Old Testament passage and using it to make a political statement. He didn't believe in avoiding political discussions, especially when religious people were already on the scene making a mess of things. The Herodian royal family of Jesus' day were a lot like King Ahab and Jezebel or Elijah's day. Soon, John the Baptist would be executed for speaking truth to power. In our time, Martin Luther King walked a similar path, using Old Testament stories and text to lend authority to his prophetic voice.

I like telling the stories. From time to time, I tell one too many and people look like they want to throw me off a cliff. When Jesus says that a prophet is without honor in his own home, he is referring to that particular kind of prophet that tells stories about God’s people being petty, intolerant, and self-centered. The point of most of Jesus’ stories is that we need to mingle with the poor, listen to the broken, and love the sinner. There’s a nobility to the Widow of Zarephath, the Good Samaritan, and Philemon the ex-Slave. If we can’t tell these stories without getting someone mad, we’re not telling them right. 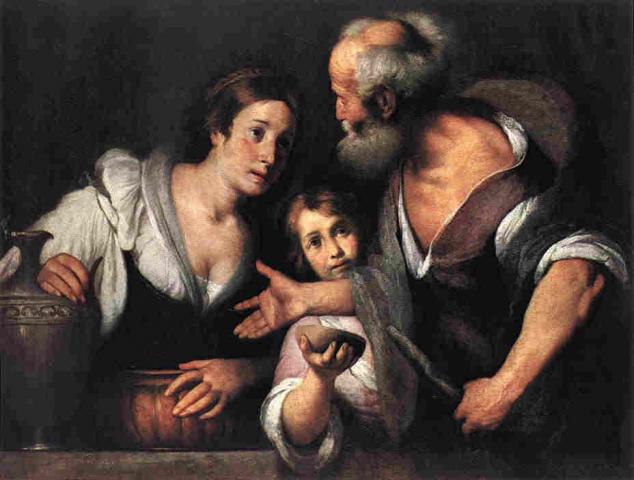