Whatever you speak about this week, take to time to dwell on the Christian’s obligation to be compassionate in all circumstances. All circumstances includes Syrian refugees. The terrorist attacks in Paris have shifted our cultural vision, from pity towards the thousands who are homeless and hungry, to eye-pluckingly-spiteful revenge taking for fear that one or two wolves might be hiding naked among the huddled masses yearning to be free. One political cartoon contrasted the bombing of ISIS with the recruitment of terrorists online and captioned, “An analogue response to a digital threat.” We, as Christians, are always in danger of becoming pre-Jesus and compassionless in our responses to perceived threats in our secular, protect-yourself-first, world.

Something the Dali Lama says is helpful at this point: "Of course the mind can rationalize fighting back ... but the heart, the heart would never understand. Then you would be divided in yourself, the heart and the mind, and the war would be inside you."

This ties in well with the problem that Pilate is having with Jesus in John 18:33-37 (Lectionary for 11/22/2015). Pilate knows enough of pre-Jesus religious movements to believe that they are all terrorists in hiding. His experience has been with one ISIS-like group after another, recruiting Palestinian peasants into a Zionist jihad and naming the craziest man among them to be their messiah or king. He has had his hands full of violence, such as we saw in Paris this past week. So his first question of Jesus is, “Are you a king/messiah?” But we all know that Jesus is something that Pilate hasn’t seen much of lately. Jesus is a compassionate human being, committed to loving everyone, even the man who is now preparing to sentence him to a brutal death. Jesus is leading a revolution of the heart. The people who hear his voice will no longer be able to build walls to isolate those in need. They will refuse to let ideology, religion, or language, divide humanity. The people who hear his voice will bandage the wounded, on both sides of each conflict — think Doctors Without Borders. They will welcome floods of refugees — think of the words on the Statue of Liberty, which was designed by Gustave Eiffel and given to us by the French people.

With silent lips. "Give me your tired, your poor,

The wretched refuse of your teeming shore.

Send these, the homeless, tempest-tossed to me,

I lift my lamp beside the golden door!" 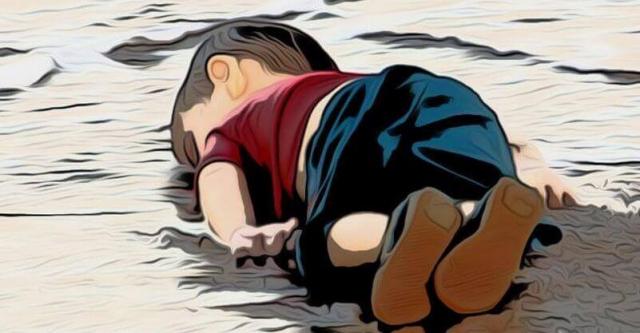