Elijah providing pancakes for the Darfur Duo is undoubtably one of the great under-told stories of the Bible. No, Elijah doesn’t flip the flap jacks, but he does give daily bread to a hungry widow and her son. And no, the story doesn’t take place in Darfur, but in Syria (currently Lebanon). Still, note the coincidence, Darfur and Syria, two misery riddled war zones led by (unrelated) dictators named Bashir. In both places, hunger walks among the innocents stealing children from their mother’s arms.

But, I Kings 17:9-16 has enough handles to be relevant without my fictionalizing it further. Jesus, himself, makes use of the story in his inaugural sermon in the Capernaum Synagogue (Luke 4:24-27) to battle his peoples’ prejudice against foreigners. Jesus has just announced that God is bringing peace, justice, healing, and salvation to all peoples. The crowd responds by saying, “Yes, yes. Now stop sending all of that to far away places and give us some magical pancakes, too.” The good people of our churches and synagogues often act as if the suffering that occurs in other countries is not their concern. They ignore Darfur, Syria, Bangladesh, and East LA. They somehow think that they don’t need to feel pity for those who starve there. It is convenient to think of these people as being somehow different from ourselves.

So the story of Elijah providing pancakes every day begins in the chapter 16th of I Kings with a famine coming upon our country, the hometown people, Israel. The empty tables are turned. We are the hungry. Worse yet, the famine has been caused by bad government. Hunger has never been very good at reading a map, so the devastation spreads and extends beyond our borders to our neighbors. Its as if Mexico and Canada suddenly had plagues and starvation because of our use of genetically modified corn. So what does God do? God sends Elijah to a widow and her son who live on the other side of the border. Elijah gives this woman and her child a promise; God provide flour and oil for every day until the famine is over. Pancakes every day! Similar to the Centurion in Luke 7:1-23, this foreign woman shows more faith in God than the hometown people. She has to give Elijah her last piece of bread and trust him for the next day.

The story stands beside the other Old Testament great narratives, like Ruth and Jonah, in speaking about the value of foreign people in God’s heart. We do well to ask if we would have faith like this widow, or the centurion, or Jonah’s Ninevite King, or the Samaritan of Jesus‘ story. Have we become to complex, affluent, and jaded as people to pray, “Give us this day our daily bread,” or even imagine ourselves in a place where that would be the most wondrous of miracles? 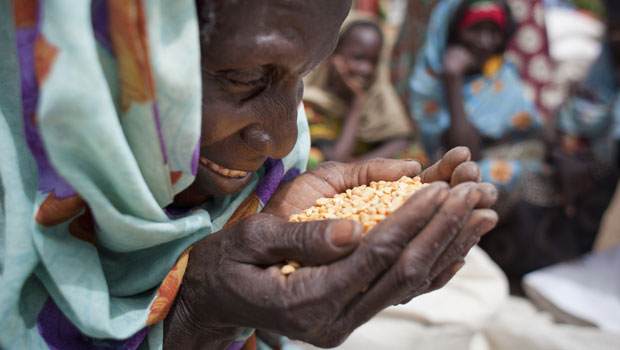