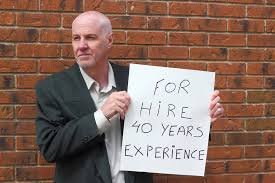 Laity will often say that their church needs a young pastor to attract new people, or win back the lost generation(s).  There are three problems to this:

•    Chronological age is not a good predictor of a pastor’s ability to minister to young families, nor does it correlate with either church growth or a clergy person’s skill at evangelizing borderline Christians.

•    All clergy get old, and recently, the average pastor’s career has been starting later. Even as many denominations actively recruit the young, the best, and often only available  candidate, for an open pulpit may be an older, second career, person. Who are we to argue with those whom God is calling? Why are we so reluctant to honor those who have gained valuable experience in other professions?

•    Even though clergy know that they have received most of their training on the job, and no congregation is prepared to bear the losses associated with pastoral incompetence, experience has a negative correlation with clergy appreciation today. Clergy changing churches after age fifty have a hard time receiving a call. If you are United Methodist, you don’t have to worry about receiving a church, there are plenty of minimum salary situations to go around.

In general, we all tend to accept the leadership of someone who has either been at the organization or workplace longer than we have, or who is older than ourselves. For laypeople in church, this means being more receptive to new ideas that are being presented by pastors who are older than themselves or who began their ministry with this congregation before they joined. This aspect of human nature remains true, even though our current culture is youth obsessed.

If you are a young pastor who has newly arrived at a church, you have the double whammy. What are you going to do about it? First, intentionally form relationships with every age segment of the church, carefully showing honor to those whom honor is due. Second, take with a grain salt the encouragement you receive to do wild and wacky things. Those who expect you to act young, are not likely to be representative of the whole congregation. Further, being associated only with the young and disenfranchised will diminish your overall effectiveness as a pastor.

If you are over forty years old, recognize that agism is a part of the current religious context. Make peace with your own aging process. Never present yourself as older than you feel, but don’t be afraid to bow out of things that you no longer enjoy. Exercise and take care of yourself, but don’t boast about your fitness regime. Know that the gifts of stability, experience, and wisdom, that you provide to the congregational process have value, even if they are not appreciated by those who expect the young to save the church.

On a personal level, how well is your call to ministry adapting to your aging process? It is normal for people in mid-life to receive a call to a new career. When I was 47 and had been in the pulpit for a quarter century, I felt myself pulled away from traditional ministry and towards my current writing career. It was important that I honor this shift, even though it took me another decade to gain clarity as to what it involved, and to leave parish ministry. If, on the other hand, you are not sensing any diminishment in your vocation, then don’t pay any attention to those who are clamoring for you to reverse nature and grow younger.