Where were you on April 4, 1968? Those of you who were not born yet may be wondering why I ask the question. I was 14 and growing into social, political, and spiritual awareness —the three are woven together — in an all-white suburb of Pittsburgh. Shortly after Dr.Martin Luther King was assassinated, the Hill District erupted in a week-long riot. The clash of police and protestors was the lead story on every news channel across the country. It was my introduction to the racial divide that still plagues our country. In that formative moment, I was prone to accept the views of my all-white friends. I don’t remember what my teachers said, but I suspect they accepted the segregated high school and community they worked in to be part of the natural order. But in a few years, I would begin to notice that the pastor and youth leaders of my church spoke of a different order; a kingdom of God where there was a hard-fought unity among all people, and a respect for diversity.

Scholars are divided about Psalm 133, which says, “How very good and pleasant it is when kindred live together in unity!” They are in agreement that this is a beautiful psalm describing the joys of worship and fellowship. They disagree about whether it was written at the end of David’s life when the country was at peace, or if it was in the turbulent time after the exile, when the nation had been broken into dozens of little ethnic groups by its wars and needed to rebuild its sense of community.

In the early 1970s I read, “The Invisible Man,” by James Baldwin. Today, I would recommend anything by Ta-Nehisi Coates (he coauthored the graphic novel behind the Black Panther movie). As an author, I believe that reading can help build unity. As the adult who looks back on that child in 1968, I wonder how different my life would have been if I had chosen only to listen to the easy voices, the talk of my friends, the talk of my white suburban elders, the talk of the beautiful people, like those who appear on Fox and Friends. Unity isn’t a matter of going with the flow. It’s a struggle for truth and justice. 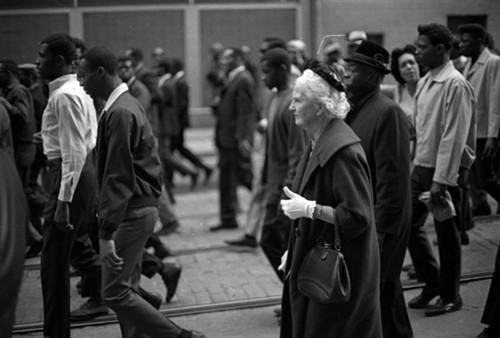