I don’t make this stuff up! The Common Lectionary - a decades old scripture chooser used by many pastors to keep them preaching the whole gospel - has four scriptures and a Psalm for August 20th; every one of these speak of God’s commitment to provide justice and mercy for all people. In Genesis 45, we read of a man who was once a slave and a prisoner becoming the hope and savior of people who once did him wrong. In Psalm 67, we read of how God judges all the people of the world with equity; his love is for every nation. In Romans 11, Paul explains that when God extends his grace to outsiders or a foreign people, he doesn’t diminish he love for those who knew him first. This is the same talk that parents give to their first born when they are expecting or planning to adopt another child. In the Gospel of Matthew, Jesus has to address the Pharisees, whom he says are blind guides. What is the nature of their blindness? Not theology. But a commitment to racism, classism, and the practice of segregation.

If I were to preach in this post-Charlottesville week, I would find my text in Isaiah 56:1-8. I would use the whole text, and point out that like the Eunuchs of old, many who are single, divorced, transgendered, or gay, find themselves shunned today by our “family” oriented church. God says that he will give to such people special honor in his church (verse 5).

The scriptures speak about God’s commitment to Justice. I fear that few Americans think about that word as much as they should. Most people feel that justice is being done when their own property and personal security is being protected by the police and the courts. A few people extend this concept of justice to include honoring their ancestors, their history, their culture and class privileges. Some even march with torches proclaiming that it is time for us tip justice’s scales back towards white privilege. These definitions of justice are self-centered and unethical. Even people who don’t think of themselves as racist, can have a faulty definition of justice.

When a community realizes that it has reserved a place of honor for a statue that represents the injustice of slavery, it needs to repent and reflect. It needs to consider what the presence of Robert E. Lee’s statue means to the descendants of former slaves. How can a community go forward in providing justice for all, if it gives a place of honor to a symbol of injustice?

When a statistical study shows that people of color are stopped, detained, and unjustly convicted at a higher rate in a particular city, is it not justice to find out why? When who gets hired and what they get paid for work depends upon being of the right race or gender, doesn’t justice need to be broadened to include our workplace? What about extending justice to housing and ending the segregation of our neighborhoods?

To make one’s definition of justice too small, is to make it wrong. 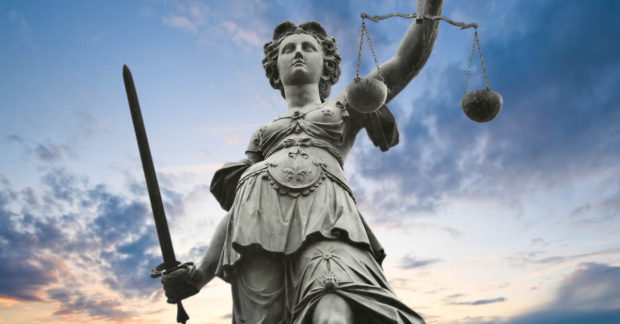