As a teenager, I learned how to be a lifeguard. One of the key lessons they taught me dealt with double drowning. You as a person jumping into the water to save someone do not want to become a second victim. Drowning people instinctively climb up on the shoulders of their rescuers. They seek to breathe by pushing someone else down. This is also human nature when it comes to acquiring wealth and status. Rather than realizing that in an equitable community a rising tide lifts all boats, we construct systems that let us get ours at the expense of others.

The story of how the people of God became slaves in Egypt illustrates this. Joseph the Dreamer had taught the Egyptians how a well-managed social safety net could eliminate hunger and poverty. In a time of great famine, Egypt continued to prosper, because they had wisely set aside their past abundance for their future social security. (Genesis 41:46-47) Long after Joseph died, they continued to be wealthy, respected, and secure. They had provided for neighboring nations in the famine. Now they had allies.

But then a fool became Pharaoh. (Exodus 1:8-2:10) The ethical standards of Joseph were abandoned. The nation began to betray its allies. Economic systems were put in place that gave wealth to a few elites and impoverished the common citizen. The post office stopped delivering social security checks. Those in the rural Land of Goshen were particularly hard hit. They lacked adequate healthcare. Their internet was dialup and they couldn’t fill out the forms they needed to get the few remaining government benefits. Their children couldn’t do online learning.

The Bible tells us how slavery began in Egypt. In many ways, it is similar to the story of what happened when Europeans colonized the New World. In 1619 slaves were brought to America, families were divided, human beings were sold in the marketplace. In both Egypt and America, an economic system that I refer to as double-drowning was set up. In this, one caste of people elevates itself over another. One group pushes another group down, hoping to make themselves more wealthy and secure. The Pharaoh and the framers of the US. Constitution thought themselves wise when they passed laws that called some residents of the land “citizens.” Giving those of certain ancestry full legal rights, as well as, the opportunity to climb on the backs of other people. Other residents of the land became slaves, dispossessed native people, and hated immigrants. The Hebrew people in ancient Egypt didn’t deserve to have their children thrown into the Nile. The DACA recipient of today doesn’t deserve to be drowned.

Double drowning applies to racism and all caste-related economic systems. The United States continued to make human bondage legal, even when England, France, and Mexico outlawed it. Long after slavery is made illegal, Jim Crow laws, voter suppression, mortgage redlining, healthcare inequities, etc., continue to force some groups in America down. What we who think ourselves white are too blind to see is how we are impoverishing ourselves and making our world less secure by our sinful actions. 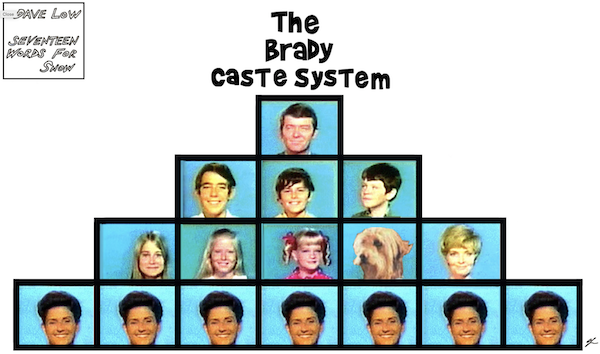