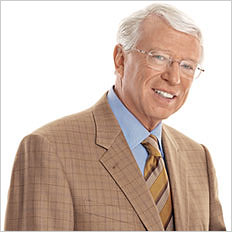 About fifteen years ago, at a church I was serving, a group of forward thinking people came to the church council seeking to start a contemporary worship service on Saturday night. They needed funding for equipment and music. They knew that there was money in the Ford Endowment fund, which was designated for music and worship related expenses. Several in the church council objected, saying, “We knew the Fords. They would be dead set against this kind of thing.” I spoke up and said, “If we are going to resurrect the Fords for the sake of this meeting, couldn’t we at least resurrect them as young people?” The point was taken and the vote went in favor using the funds to support the new worship service.

I have been thinking a lot about age lately. For the last ten years I’ve had an outline for a book about mid-life that I have been meaning to write. This week it occurred to me that I might be getting too old to write about mid-life. Talk about a scary thought! Especially since when I began to think about the project, I put it off because I feared I was too young to be an authority on it. Now it hits me now that the best gauge of old age is how risk adverse we are. The Fords died old, or so I was told, and were known to be sufficiently cautious to be dead.

It doesn’t seem to make much sense that when we are young we try many foolish and risky things. Yet when we get down to the point were we have only a few years to put at risk, we become overly cautious. Churches are the same way. When they are new church starts, they experiment a lot. They shift worship times around and hold study groups to discuss relevant (controversial) social issues. As congregations age, they get cautious. Suddenly, they have long time members that they don’t want to offend. Some are down to a hand full of people in worship. They could easily meet each week in a home or in the local restaurant. Yet, the thought of having something happen to their ark of a church building fills them with dread. What if they were to risk it all in one new mission or program? What if they were to offer the rooms that they don’t need to another nonprofit?

What is it about old age and creeping cautiousness that seem so inevitable?  Yet, everyday we encounter counter examples. From the story of Abraham and Sarah in the Bible to Neil Clark Warren who founded the internet dating service, E-harmony, when he was 66 years old. Occasionally, I even see something in the church that makes me think that risk aversion isn’t inevitable. Usually it’s something small. But, when it happens, we should note it. Accentuate the positive, and remain vigilant against the faint of heart.