Deprecated function: Array and string offset access syntax with curly braces is deprecated in include_once() (line 20 of /home/ezmpkoktxhha/public_html/billkemp.info/includes/file.phar.inc).
×
Acts 16:9-15
“Come over to Macedonia and help us...”

Before thinking too hard about Acts 16, it might be good to look up your current congregation’s history and reflect on it. Every church has its own founding story, but most are similar to the story of Paul and the people of Macedonia. PS: Since this was the first congregation birthed in Europe, most American congregations should see themselves as distant descendants of the Macedonians.

Note the following: The Macedonian church was not founded by a denomination. Instead, God gave a dream to an individual, and that person answered the calling to be in mission. Paul was already gifted by the Holy Spirit to be an apostle. Like many similarly gifted Christians today, he felt that the “world was his parish.” He only needed to be told where to go, and he went. Denominations are important for many reasons, but they don’t have much of a role in new church formation. Churches happen wherever people are sent. This can be a workplace lunchroom, a suburban house, a school building rented for the weekend, or a prison courtyard. In your own church’s story, there was probably some individual who felt a calling to come and share Jesus and gather a congregation in your location. Congregations are rarely birthed by high ranking officials or denominational committees looking at a map and saying, “We’ll put one there.” Churches don’t fall down from above. Instead, one congregation may reproduce other congregations. They do this by supporting gifted leaders who go out and work in the new field. It is always a grass roots process. We do well to remember that local churches are supposed to reproduce. They are supposed to send their best out into the field to help other people have a congregation of their own. Does your church have sufficient charity and spiritual passion to give away its best leaders and start new congregation elsewhere? Why do we look to our denominational office to do the task we ourselves are supposed to do?

When the Apostle Paul has this a dream, he sees a Macedonian man. When he gets there, the man turns out to be a woman named Lydia. There are always two halves to the birth of a congregation. The people who are there in the community are every bit as important as the apostle who comes. Together, they build the church. I am often disappointed when I read the foundation stories of modern day congregations because they rarely speak much about the first lay leaders. When you boil a church’s birth story down to a list of its founding pastors, you throw the good part away. Together, Paul and Lydia build a church. What is church? It’s not a building or a denominational franchise location.

Simply put: Church is a gathering of people for prayer, study, and worship, who relate to each other and to the world as Christ desires.

This is what matters. Wherever we can get people together to pray, study the Bible, and worship, we can do Church. Sometimes we will create a separate entity and name it a new church. What is important, however, is putting ourselves in a place where we will respond to the dreams the Holy Spirit might give us. 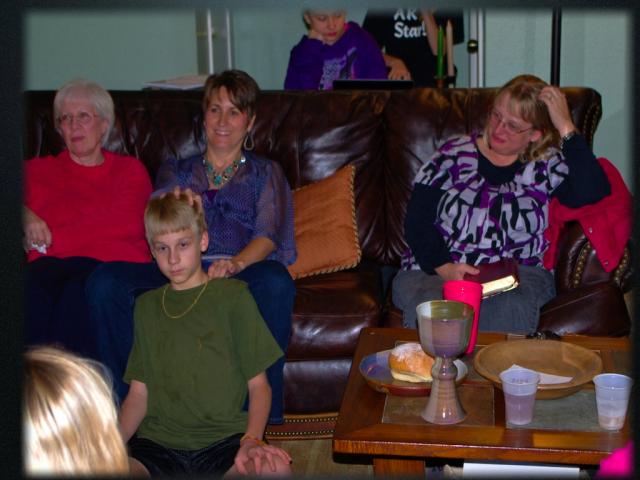