Deprecated function: Array and string offset access syntax with curly braces is deprecated in include_once() (line 20 of /home/ezmpkoktxhha/public_html/billkemp.info/includes/file.phar.inc).
×
Acts 9:36-43
Luke 10:38-42
She was devoted to good works and acts of charity.

We can't read the story in Acts 9 about the funeral of Dorcas (also known as Tabitha) and not think of someone like her. Each of us have been blessed by people who day after day did "good works and acts of charity." Shall I name Margaret, who ran the outreach program in Ambridge and whose funeral ran two hours and included seven former pastors needing to come and say a good word for her? Shall I name Suzy Q? She suddenly passed and when the funeral committee realized that they would have a hard time feeding those who were coming to the meal, they reached into the church freezer and found a casserole that had been prepared by Suzy. The list could go on. These people live on in our memories. They also live, which is the point of the story of Dorcas, because of the power of Christ's resurrection over death.

It is important to realize three things:

1) Not everyone who lives a good and meaningful life will be honored as Dorcas was by a large funeral of people saying nice things. Gratitude is not as well distributed a sentiment as we might hope. Also, many people die childless, outlived by their friends, and/or have moved to another a state (south of Alabama and just north of Alzheimer’s). We must live each day with the understanding that doing good is its own reward. Choosing love, sure beats all other options.

2) That we are human beings and not human doings. Like Martha in Luke 10:38-42, we sometimes get driven by the pursuit of doing many good things. Choosing the good part involves being committed to knowing ourselves and expending our energies in the things that bring us joy. Choosing the good life involves accepting Christ's love. Choosing the eternal involves seeing all things from that higher perspective.

3) The point of the story of Dorcas, as well as the book of Acts, as well as the whole New Testament, as well as the entire Christian faith, is that resurrection is real. We don't just live and die, never having discovered the meaning of it all. Instead, each day the power of the risen Christ lives with in us. And when these days end, as they will for all of us (even Dorcas died again, eventually), we will just transition into what is next.

And if we are thinking about these things around Mother's Day, it is good to note that we don't know if Dorcas was a mother. In this article, though, I have only briefly reversed our cultural propensity to tell the stories of good men. That said, most of the people that I have known who are living out the three points I make above, are women, many of them mothers, like my own, as well as, the mother of my children. 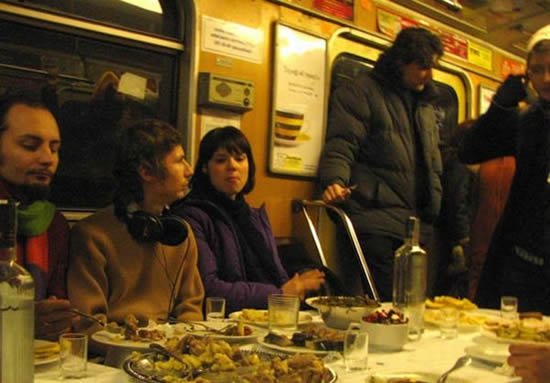