Amos gets a vision of Summer fruit (makes you wonder how ‘seasonal’ the Lectionary is in the southern hemisphere) and concludes that religious people can either be very good or utterly rotten. I’ve been picking blue berries as fast as I can this week. Why? Because I failed to keep up with picking the strawberries this year and most of them went rotten. There is nothing more delightful than a strawberry gently culled at its prime.  A day or two later and the strawberry gets soft, then turns black and inedible, unfit even for slugs (fortunately, they prefer beer). So, Amos would say, is the social conscious of our fine church members. Sometimes they can be good and generous and sweet. At other times, they fully blend in with the materialist herd of American culture, “Buying the poor for silver and the needy for a pair of sandals” (Amos 8:6).

Meanwhile, Jesus is sitting in the home of Martha and Mary (Luke 10:38-42). Dinner is being served, and served, and served. After fifteen courses, Jesus perceives that food is message. I was struck by how short this story is. I remembered it being longer. Perhaps it seems longer because we each embroider it with all the times we have either served or received an elaborate meal and known that any negative word spoken in that setting would be multiplied a hundred time. Meals are where we communicate our deepest truths; consider communion, or the significance of a wedding or anniversary meal. The story is short because the message is simple, in life we either live in the moment of grace, or we fret in the kitchen of many worries.

Some Bible scholars are puzzled by the fact that Luke puts the story of Martha’s meal immediately after the Jesus’ story of the Good Samaritan. After all doesn’t the one teach us to spend our lives stopping to help strangers and being busy doing good, and the other teach us to be lazy like Mary and let someone else do the dishes? Last week I blogged that the point of the Good Samaritan wasn’t that we should be boy-scout-esque do-gooders (Say Something Different About the Good Samaritan).  It was instead that anyone who joins the High-hurry Professional Culture ceases to be much good for the kingdom of God. In other words, if we like Martha get worried and frustrated over many things, we will cease to be compassionate people. We, especially those of us who are ordained or other professional types, are constantly threatened by self imposed expectations that spiral us out of the moment of grace where both authentic spirituality and genuine compassion reside.

Mary was seeking one thing, the language of food so often serves many things. Who sits where at the banquet table? How gluttonous can we be while still being mindful of the poor? What food and drink are permissible (kosher)? If so and so invites me to their house, do I have to reciprocate? If seven groups in the church have fund raisers and I am asked to bake cookies, can I be forgiven for saying No? The reason that Amos was so negative about where his culture had come, which is not far from where we have arrived, is because they were so far from holiness that they couldn’t understand why Mary was right and Martha wrong.

Have you had this experience? Every time I preach the story of Mary and Martha I have some church leader pull me aside and say, “Without us Martha’s nothing would get done around here.” That’s how I know that I am preaching it right. It should make those of us who have stepped over into the high-hurry professional culture very angry. Let those who have ears to hear, hear. 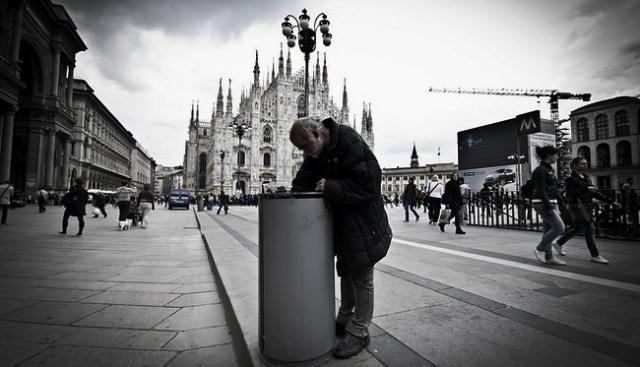