There are three ways for someone to become our enemy. First, they can threaten us or the people we love. Second, they can block our ambitions or dreams. Third, they can lie about us or what we believe. Take a few minutes now to identify experiences you have had with each type of enemy.

Jesus had all three types of enemies. Jesus’ enemies threatened both him and his disciples. In fact, these type one enemies made good on their threats both by crucifying Jesus and threatening his church. Jesus’ enemies sought to block his ambition to bring healing and salvation to the whole world. Jesus’ enemies lied about him and intentionally misrepresented everything that he taught. One could make the case that Jesus’ enemies were a lot more successful than the enemies we face. Very few of us are likely to be threatened with crucifixion. We aren’t likely to totally blocked, as Jesus was, as we attempt to do our life’s work. We may be lied about, but our tormentors will be amateurs compared to the pros that the devil sent to attack Jesus. Even today, the name of Jesus is under attack. But, the wrong people say about us is likely to be buried with our bones, to misquote Shakespeare.

Yet, Jesus both modeled and taught compassion as a response to ones enemies. He walked the talk. He did what he told us to do when he said:

Love your enemies, do good to those who hate you, bless those who curse you, pray for those who abuse you. If anyone strikes you on the cheek, offer the other also; and from anyone who takes away your coat do not withhold even your shirt. Give to everyone who begs from you; and if anyone takes away your goods, do not ask for them again. Do to others as you would have them do to you. (Luke 6:27-31)

But to us, enemies are very specific. We enjoy dividing them into types. Sometimes we even take pride in saying that our current enemy is uniquely evil. I may say that I don’t have to love this person because they are unredeemable. That is the meaning of the word “damn,” and Jesus tells us not to use it. I may say that this relationship is too complicated for me to be compassionate. Have I prayed for wisdom that I may be compassionate? Saying that compassion is beyond our ability is a particularly pernicious form of false humility. It is to claim that God is out of control or mistaken in this particular instance. Yet we often put our hand up and say, “Lord this is too complicated for you.”

We feel this way because we are problem solvers. Jesus didn’t solve the problem of his enemies. When they hung him on the cross, he forgave them. In all of his relationships he was compassionate. Some relationship problems cannot be solved. Enemies are complicated. Don’t wait for an answer. Start today to love that person. Follow Jesus, not your pride in being a problem solver.

I don’t know if Jesus was helped as I have been by Psalm 37. There we learn the following:

37:2 That enemies don’t last long. Look for them in a few years and you won’t find them. In fact you may even forget you ever disliked them.

37:7 That patience and waiting for God to act is the only “problem solving” that really works.

37:11 That the meek will inherit the earth. Someone else said the same thing.

37:16 It’s better to be poor and happy that rich and everyone’s enemy.

There’s more, but that’s enough for now. You get the picture that trusting God is the opposite of considering certain people to be beyond our compassion. 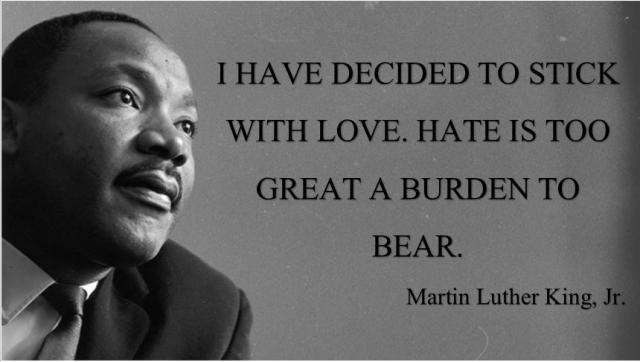