×
Matthew 1:18-25
Matthew 18:9
"Joseph, being a righteous man and unwilling to expose her to public disgrace, planned to dismiss her quietly." - Matthew 1:9

I’d like to criticize Joseph today. I don’t think that his plan to dismiss Mary quietly is all that virtuous. I know, the alternative was to drag her to the public square and have her be publicly shamed and possibly stoned to death. But, what would Jesus have Joseph do? I mean Jesus would later teach an ethics that demanded love, even when there is no religious value at stake. If there had been no angelic visitation, with its mysterious explanation for Mary’s pregnancy, there still would be a child coming into this world.  It seems to me, that the concerns of that child, whoever he or she is, should be primary. That child deserves a father. The cultural stigma that segregates children born out of wedlock is evil. If it hadn’t been for the angel, the personal queasy-ness, that Joseph may have mistaken for his conscience, would have caused him to disown this child just because he wasn’t biologically related to it. This is a gut level, animalistic, response to painful relational issues. Humanity today, needs a better ethic.

In the church this Sunday, there will be grandparents and fathers who routinely value the adopted and step-children of their families less than their ‘real’ children. Culture and conscience are often wrong — see the book: “Don’t let conscience be your guide” by C. Ellis Nelson.  Jesus brought to the world a new way of evaluating ethical quandaries. He says that in every situation we must do the thing that is most loving. We must consider the needs of individuals, most particularly, dependents. The unsupported widow and the child become the lynchpins of the new system of social responsibility. In Matthew 18:9, when talking about our responsibility to children and other dependents, Jesus says, “And if your eye causes you to stumble, gouge it out and throw it away. It is better for you to enter life with one eye than to have two eyes and be thrown into the fire of hell.” Could our evil ‘eye’ be Jesus’ image for a cultural conscience gone bad? The apostle Paul fleshes out Jesus’ context-driven teaching, by contrasting the old systematic ethics based upon mosaic law with the simple understanding that Love is the highest law.  Both Jesus and Paul depend upon the merger of love and justice that the Old Testament prophets sought to bring to the fore.

We, like Joseph, tend to consider the opinions of our neighbors higher than our faith when we are faced with a moral choice. We criticize unwed teens, but do little to make our highschools better enviroments for relational growth. The abortion debate, today, hijacks us into the legal quagmire of when life begins (something that God has shrouded in in mystery). Meanwhile, we still allow the majority of our children to grow up without a loving father figure. Further, the church does little to transform those neighborhoods where a normal and safe childhood is an impossibility. We debate the meaning of the constitution, when it gives us the right to bear arms, rather than asking how we can prevent children from being murdered on their front porches in Chicago or in their living rooms in the Hazelwood section of Pittsburgh. It is time for  the church to become less legalistic. It is time for us to stop reinforcing the cultural norm when it falls short of Jesus’ demand that we always do the loving thing. 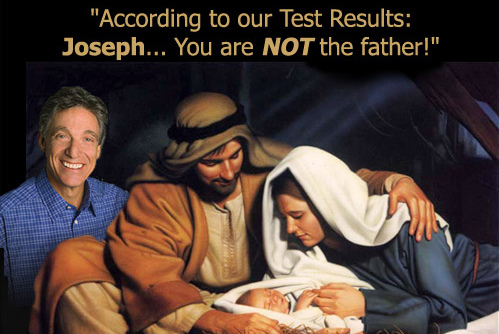