Deprecated function: Array and string offset access syntax with curly braces is deprecated in include_once() (line 20 of /home/ezmpkoktxhha/public_html/billkemp.info/includes/file.phar.inc).
×
1 Samuel 17:1-49
The Philistines had a champion named Goliath, who was nine feet tall. - The problem

The story of David and Goliath begins with a description of the Giant. There’s something formulaic about the order of events. First, we see how an overwhelming problem threatens the nation. Then we see the failed attempts of those whose job it is to solve the problem (David’s brothers are soldiers in the army). Things go from bad to worse until an unlikely hero or heroine emerges to accept the challenge. They waste valuable time getting permission to go after the problem. Those who are failing to solve the problem still want to give advice (Saul says, “Use my armor”). At last, the hero is set free to gather what they need to face the problem (5 smooth stones). Against all odds, this lone individual wins the day. Some attempt is made to reward the hero (Saul’s daughter in marriage). But the hero turns away and walks off into the sunset (David returns to Bethany). Substitute an asteroid for the giant in this story and you have the plot of the next Hollywood blockbuster. Perhaps Tom Cruise can play David.

No. I do not want Tom Cruise to play David. I want Dr. Anthony Fauci. Over the last year, he has had to battle this giant pandemic, while putting up with the bad advice given by the Trump administration. Real heroes rarely have the dashing good looks and outsized egos of those who play them in the movies. In real life, there is a certain role that people like Dr. Fauci play when a community faces an extinction-level disaster. Whether the problem is a giant, an asteroid, or an imminent threat to our democracy, the person that steps forward to solve the problem will be notable for their humility and commitment to simply do their duty.

The reason that Hollywood is so successful with movies that follow this familiar formula is because the story of salvation is universal. It is what Joseph Campbell, following in the footsteps of Karl Jung, called the monomyth or Hero’s Journey. Jesus, following in the footsteps of his ancestor David, was noted for his humility. The giant problem of his day the fact that the people were alienated from God, and leaderless like sheep without a shepherd. Religious leaders set obstacles in Jesus’ path and questioned why he didn’t follow their failed methods. He gathered his disciples and gave his life for the church, which was his solution to the problem. Everyone expected him to accept an earthly reward for his victory, but instead, he returned to his heavenly home alone.

If we are to be like David, Jesus, or Anthony Fauci in our current situation, we must be committed to:

Remember that David didn’t go to that lonesome valley planning to fight the giant. His job was to bring lunch to his brothers. When he saw the giant, he didn’t focus on the size of the problem. Instead, he asked why people weren’t doing their duty. Faith isn’t a magical power that some people have, and others don’t. We all can have faith. No matter what situation we find ourselves in, simply do your duty. 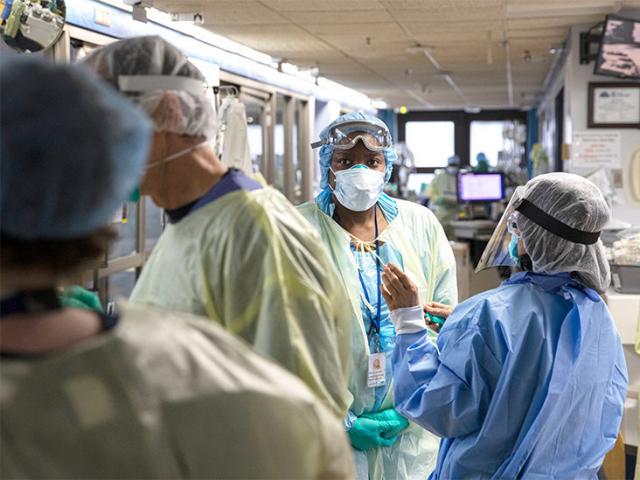