Deprecated function: Array and string offset access syntax with curly braces is deprecated in include_once() (line 20 of /home/ezmpkoktxhha/public_html/billkemp.info/includes/file.phar.inc).
×
Psalm 127
Unless the LORD builds the house, those who build it labor in vain.

I have reached that fortunate stage of life when I can decide where to put my energies and what projects to promote to the top of my to-do list. And this week I came across a little book by Kathleen Norris that speaks about the spiritual blessings of menial tasks, whether they be patching a pothole or folding the laundry. For the last sixteen years, I've wanted a dishwasher, to free me of my menial chore of washing dishes, a task that I do each evening while looking out the window, watching the dog play among the leaves, and the squirrels jump limb to limb on the boundary of the property that I've been putts-ing along with since we bought this old house, in much need of menial repair. While I wash dishes, I think about life and remember a particular line from the Psalms, "Unless the Lord builds the house, those who labor, labor in vain" (Psalm 127:1).

I realize as I write this that most people do not have the luxury of scripting their own days, rejecting work thrust upon them, or deciding which things to prioritize. Norris argues that without the hours doing drudgery our minds are too busy to be humble or grounded. Chores allow us to be receptive to the spiritual nature of all things. We labor in vain, not because we lack competence, or because the projects we choose aren't important, but because we avoid the empty space of boredom. Remember, God is in the wilderness. Unless the Lord builds the house, even those freed by the greatest labor-saving devices, get swallowed up in vanity.

I have the first half of Psalm 127 memorized. It dogs me in those periods of my life when I have such great plans that I bulldozer things to the edge of hubris. The second verse could have been written yesterday, instead of 3,000 years ago. It says, "In vain that you rise up early and go late to rest, eating the bread of anxious toil; for God gives to those he loves, sleep." Have you been having difficulty sleeping?

Last night I called my brother to remind him to put a couple of things on his to-do list regarding our aging mother who lives beside him. The phone call didn't go according to my plan. I could tell across the many states and the thin fiber-optic miracle that enables our connection, that he wasn't well. He admitted to not sleeping, a symptom of both his Parkinson’s and pre-existing condition of driven-ness. That morning a simple task, one I could have completed in minutes, took him four hours. When we hung up, I remembered how my brother had helped me by providing work at his law office while I was transitioning between parish ministry and full-time writing. Few things are as menial as driving to the next county to do a title search. Yet I found God in the details of how each house had gone from one owner to the next. Unless the Lord blesses a people, they can't grow old on their land, or realize that their name goes on even after everything they possess is sold away. My brother's generosity was deeper than he realized.

We all think it is important to do important things. Most of us can remember some big thing in our lives that took all of our attention and made us anxious for night after night. It might have involved a class at school, project at work, a new relationship, or the search for the right medical treatment for a loved one. Live long enough, and you'll be able to compile a list of failures and anxious times that ended badly. Did you find God in the wilderness that follows each of those ventures?

There is a subtle point to be made, if you are ready. Successfully building our houses, protecting our cities, and completing our projects, is not a matter of getting God on our side. It's a matter of being receptive to the great architect whose plans are not ours. Our God sent his only son to live in a land without Wi-Fi, and to teach life-skills without PowerPoint. Moses did not manage by objectives, he tended sheep on the back-side of nowhere, never lifting his eyes above the grey-toned landscape, until the burning bush introduced him to other plans. 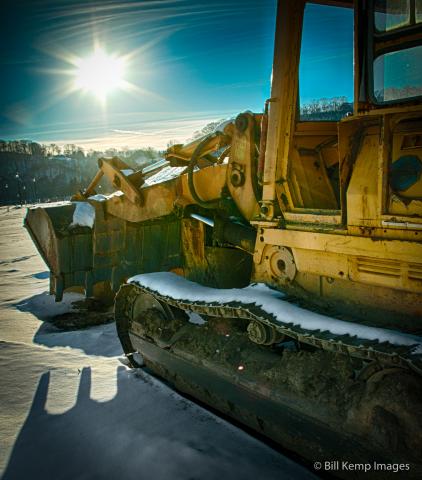