One of the first things you learn in any science is the importance of measurement. You don’t understand something unless you measure it. In the 1700s, chemistry was just mumbo-jumbo alchemy, until scientists like Robert Boyle began to measure substances accurately and seek to understand how mass is preserved in common reactions, like a candle burning or the dissolving of a teaspoon of sugar in warm water. Electricity was just thunder and lightning, then Faraday began measure the strength of electro-magnetic fields and slowly something useful emerged out of these random sparks. Gravity was just a nuisance until Newton calculated the forces of nature and saw how similar the fall of an apple is to the motion of the moon around the earth. Everyday life isn’t that different from rocket science. A young married couple find their money disappearing and their credit cards running amok, until they draw up a budget and measure where it’s all going to. So much in life doesn’t count unless you count it carefully.

Jesus wants us to realize that people matter. Everyone counts. He tells three stories about counting or measuring carefully. In the first, a shepherd has a hundred sheep. He measures them very carefully every time he brings them into the fold. One evening, one is missing. The lost sheep would count if it weren’t for the shepherd counting. For Jesus, every person counts. Every soul that comes into this world matters. And yet only those who have the heart of the good shepherd live by this code: those you love, you count.

This is the defining characteristic of Christ’s followers. We respect, honor, and measure as valuable, people whom others say don’t count. This is not rocket science. This is love. No one is bothered by my claiming to be a Christian until I start counting as valuable someone whom they want to say is not worth counting.

So, Jesus tells a story about a woman who has ten coins and she loses one. She knows that she has lost this coin because she counts each one. There are various explanations as to why these ten coins form a set and why the missing one causes her grief. Some speculate that it is part of the marriage ceremony and carelessly losing a coin would be like forgetting your anniversary. Have you noticed that a careless spouse can really cause a lot of hurt by failing to count one day out of 365 as special? We don’t know what is in this woman’s heart. But for her, this coin counts. We often fail to understand the hurt we cause when we carelessly consider another person’s situation to be not worth trying to understand.

When I tell you that my faith leads me to count certain people that other Christians say don’t count, who are you to judge me?

So, Jesus tells another story in this fifteenth chapter of Luke. This time a man has two sons. One of them takes his half of the family fortune and goes off to live a sad and silly life, parodically squandering the money. But the father knowing all that, still counts this wayward son as valuable. He numbers the days that this young man was gone from home. And when the boy returns home, the loving father, just like the good shepherd and the woman with the ten coins, rejoices. What was lost, is now found.

I imagine that there was a great joy in the hearts of those early scientists when they discovered where the mass went when a candle burns, or how electricity and magnetism are tied together, or how a satellite perpetually falls towards the earth. There is a joy to be found in counting things carefully. There is also great joy to be found in putting into the trash bins our old ways of seeing other people, especially those who are different from us. 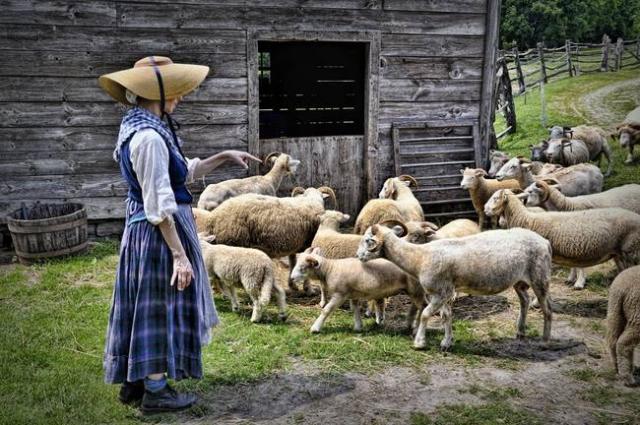