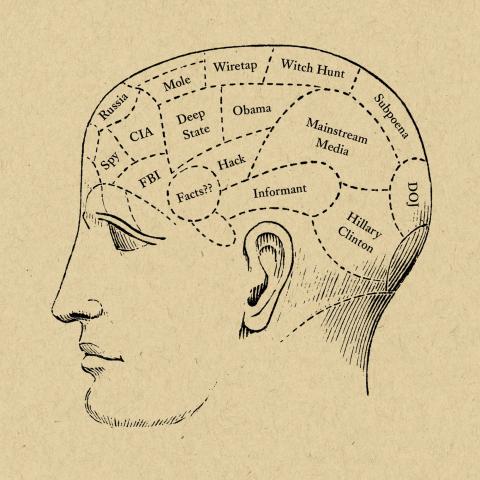 What is it with conspiracy theories? I was thinking today about Ezra Pound, arguably one of the greatest minds of the lost generation (Paris in the 1920s). He became so frustrated with “the infinite and ineffable imbecility” of American and British politics, that he fell into an intellectual death spiral. He sought answers from conspiracy theories, participated in groups promoting fascism, began to openly espouse racism and antisemitic beliefs, and decided that bankers (not money or greed) were the root of all evil. This led him inevitably to become a spokesman for Mussolini, a populist only slightly less charismatic than Trump, and to a twelve-year imprisonment for treason against the United States.

I think two things drive our current interest in conspiracy theories: first, latent feelings of entitlement (I deserve to be doing better than I am), and second, the fear that some group is meeting secretly to take something from us. Conspiracy theories introduce us to “the deep state,” or a Jewish cabal in the financial world, or a violent hidden network of criminals who are Muslim, Latino, or Black. These secret groups are conveniently fictional, social media has no truth filter, and racial and/or religious prejudice always produces a sugar high. Unscrupulous people can invite us to believe that one of these groups are conspiring to take away our guns, jobs, or daughters. Once we accept one lie it is easy to believe another. The death spiral that ruined the brilliant mind of Ezra Pound is now inhabiting our workplaces, our places of worship, and the U.S. Department of State.

In the church that I love, a heady mixture of conservative politics and conspiracy theories is now drowning out reasonable discussion. I have always been someone who listens and finds wisdom on both sides of any controversy. I had adopted just enough evangelical ideas regarding infant baptism that I almost wasn’t ordained in the Maine United Methodist Church. But several years later when I transferred to the more conservative conferences of Pennsylvania, I had to appease folk who assumed that I was a liberal. In the current debate about LBGTQ issues, I am under fire for suggesting to conservatives that their scriptural interpretations are problematic and ignored by progressives who want me to adopt to language unsupported by Strunk & White. I think we are at a crisis, though. Throughout my forty years of ministry I have found the open exchange of ideas to be fun. Now, though, conspiracy theorists and stuck-in-the-mud traditionalists are about as much fun as Ebola, and equally dangerous.