You’ve probably heard someone say, “The Old Testament God is wrathful, but the New Testament God, or Jesus, is loving.” Those who say this haven’t read or tried to understand the Old Testament, and they certainly haven’t come to grips with the prophet Hosea. In the book of Hosea, God is worn raw by the cost of his compassion for his people. In chapter 11, God says:

“The more I called my people, the more they went from me… I took them up in my arms; but they did not know that I healed them. I led them with cords of human kindness, with bands of love. I was to them like those who lift infants to their cheeks. I bent down to them and fed them…”

If you have ever raised a teenager, then this should make sense to you. Here, God accuses his people of being wayward, or to use the more modern word, ‘stubborn.’ God is loving and patient, but his people are like undisciplined teens. The more he reaches out for them, the more they ramble away. They stubbornly cling to idols and consult false teachers who tell them only what they want to hear. We, too, can be stubborn when we double-down on a wrong choice. We can be wayward when we fail to ask directions, even though it is obvious that we are lost. We can be like undisciplined teens when we obsess about our own desires and care little about the common good or about the sacrifices that God may be calling us to make. It seems that stubbornness is the one trait we are most likely to inherit from our parents. It is also the one trait we will make damn sure to pass on to our kids. Strangely, we hate this persistent obstinance when we see it in others, but proudly hold on to it, as if it is a virtue when it appears in our own behavior.

What is God’s response to our stubbornness? According to Hosea, compassion with limits. God is pained by our obstinance. But God will let us go and face the consequences of our actions in time. Hosea’s god is wrathful, when appropriate. But elsewhere Hosea encourages us with these words:

The prophet Hosea, lived in the 8th century, BC – almost three thousand years ago. His job was to tell those people, living back then, what God’s word was for their specific situation. Hosea heard God say that some of those listening to him would be sent back to Egypt (Talk about going backwards. They will be un-doing everything Moses had done for them in the Exodus). Other people listening to Hosea would stay in the land, but without freedom. The Assyrians would take over the country and they would find themselves oppressed by that foreign adversary. Either way, God’s judgement was coming. A decade or so after this prophesy, the northern kingdom of Israel was destroyed. But Hosea’s words show us how even this tragedy flows out of God’s love for his people.

What about our own time? I would suggest that our stubbornness is on full display with the way our nation treats the refugee, as well as, our lack of concern for the earth. Today’s prophets of climate change are standing in the tradition of Hosea. Listen to what Hosea says in chapter 4:

“There is only cursing, lying and murder,
stealing and adultery;
they break all bounds,
and bloodshed follows bloodshed.
Because of this the land dries up,
and all who live in it waste away;
the beasts of the field, the birds in the sky
and the fish in the sea are swept away.”

Now tell me that it doesn’t apply to both his time and ours. God who created this world in Genesis, and called it good, still expects us to be good stewards of the earth and to live with integrity.

The God of compassion, though, doesn’t just want us to fight for political change. I believe God wants each of us to learn how to be gentle and kind in our own dealings with others. God models for us the patient and persistent presence of love. We must learn to be more like God. 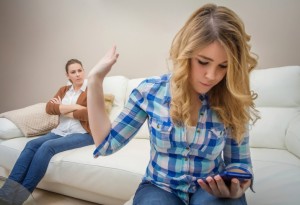