I often try to imagine what it is like to be a sailor on one of those big “boomer” nuclear submarines that go out for months below the sea. When the hatch closes, they are stuck down there together for a long time. Or what about those brave souls who sign up for a trip to mars? No turning back once the ship is on its way. It takes a certain commitment to put yourself on that type of position. Each of Jesus’ disciples made a similar commitment. They had left their nets upon the shore and followed him. On the way to Jerusalem, as well as, on a nuclear submarine, or a spaceship to mars, there will come a point where the crew will ask the most divisive of all questions, “Who is the most important person to our mission?”

This happened about a week before Jesus was betrayed and sent to the cross. On submarines I’m guessing it happens about day number two hundred and forty-six. At the end of three years of being on the road with Jesus, James and John came to him ask for the most important seats at the celebratory feast when their mission is done. This is the same question as gets asked on submarines and spaceships. It also gets asked whenever a group of people is stepping out in faith and trying to do the impossible. We want to know, at the most inconvenient time, who are the most important people to the mission?

Jesus says, "You do not know what you are asking.”

This is true. It is totally unspiritual for us to compare ourselves with other people. It is selfish for us to want the best seats. It is unchristian for us to put others down and place ourselves first. We don’t know what we are asking. Further, Jesus doesn’t intend to pick out favorites among his disciples. Neither does he need to hand out first, second, and third places prizes to those who follow him today. We don’t know how stupid it sounds for us to ask this question. Yet we still ask it.

And they replied, "We are able."

When I seek for special recognition for my efforts. When I say to my boss or the leader of whatever group I am volunteering for, “Who are the most important people here?” When I seek a seat at the head table. The spirit of Jesus rebukes me, but I rarely listen. Jesus asks: “Are you willing to be crucified? Are you able to put your hands out and be led into captivity? Are you able to bear shame and humiliation of be considered a failure?” I am not able. I have much to learn. 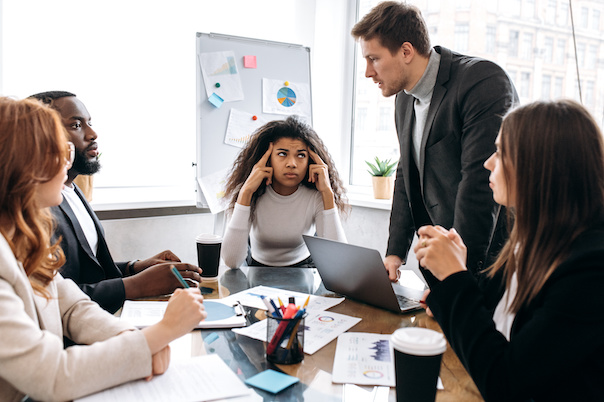